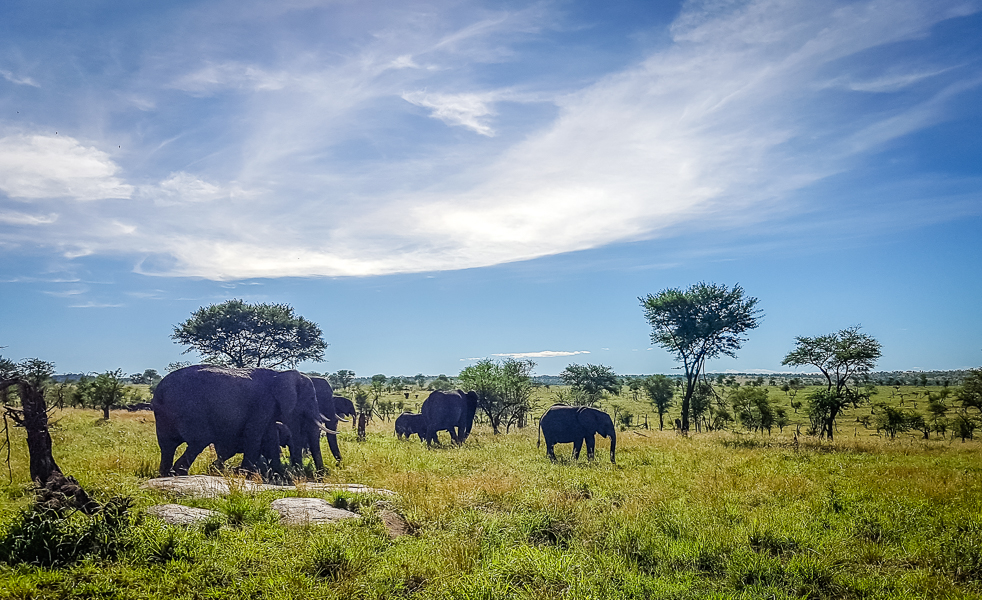 It’s no exaggeration to say that the Serengeti National Park is the best-known wildlife sanctuary in the world. With an area of 14,763 square kilometres, it has the greatest concentration of plains game in Africa and is home to one of the most incredible spectacles on earth – the great migration of wildebeest and zebra. Visitors can spot lion, cheetah, elephant, giraffe and a huge variety of birds. There’s a wide variety of accommodation available, from luxury lodges to mobile camps.

The Serengeti National Park is as big as Northern Ireland, and the most popular wildlife sanctuary in the world. It has been a protected area since the 1940’s, and was accorded national park status in 1951. In 1981, the Serengeti was inscribed onto the list of UNESCO world heritage sites. The park is fantastic in its natural beauty and unequalled in its scientific value. 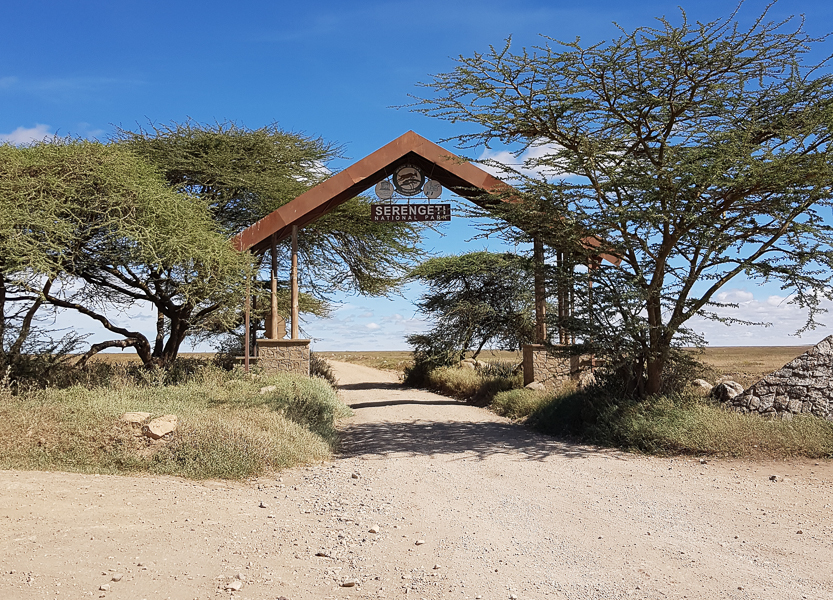 Two World Heritage Sites and two Biosphere Reserves have been established within the 30,000 km² region. It’s unique ecosystem has inspired writers from Ernest Hemingway to Peter Mattheissen, filmakers like Hugo von Lawick and Alan Root as well as numerous photographers and scientists – many of which have put their works at our disposal to create this website.

The Serengeti ecosystem is one of the oldest on earth. The essential features of climate, vegetation and fauna have barely changed in the past million years. Early man himself made an appearance in Olduvai Gorge about two million years ago. Some patterns of life, death, adaptation and migration are as old as the hills themselves. 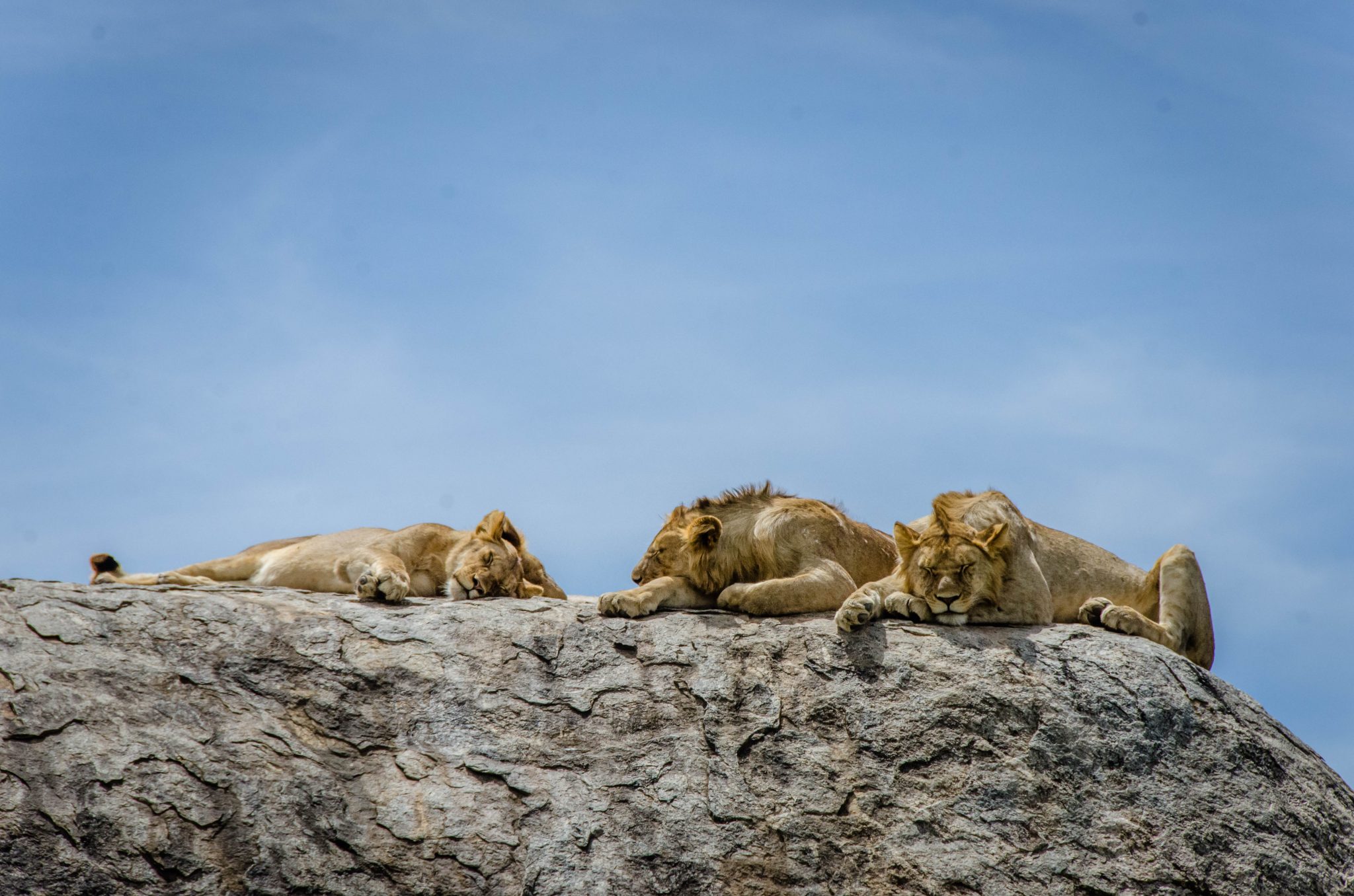 It is the migration for which Serengeti is perhaps most famous. Over a million wildebeest and about 200,000 zebras flow south from the northern hills to the southern plains for the short rains every October and November, and then swirl west and north after the long rains in April, May and June. So strong is the ancient instinct to move that no drought, gorge or crocodile infested river can hold them back. 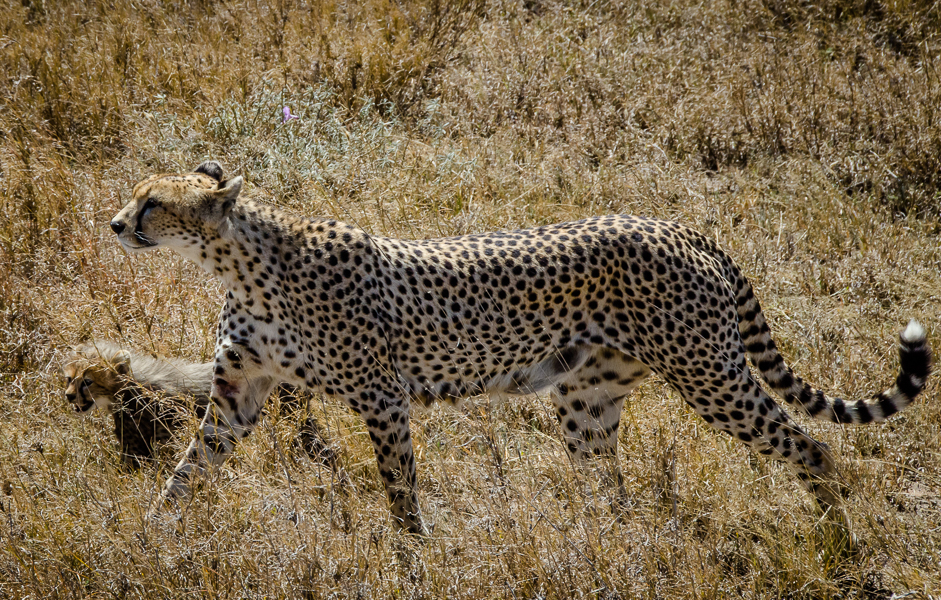 When I visited in 2019 we were very privileged to come upon this cheetah and her two cubs, one of which you can see here. 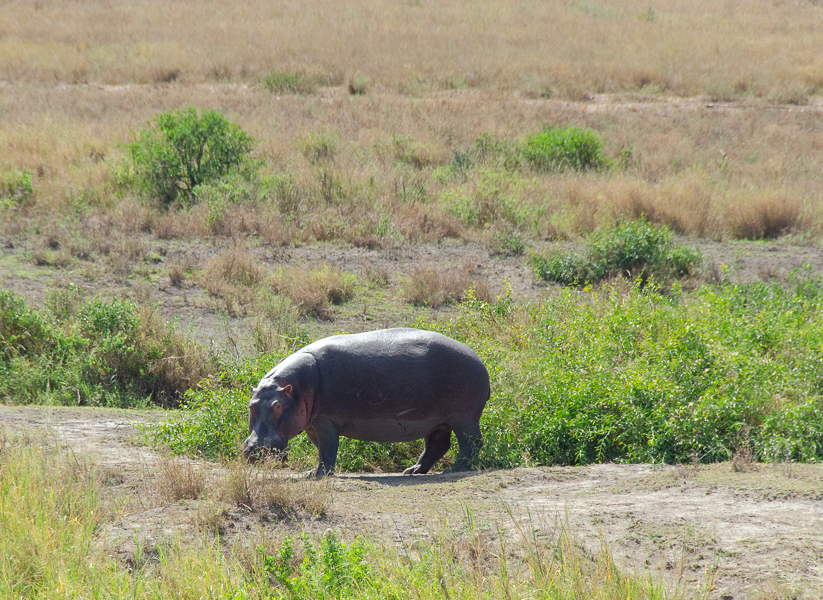 Spotting a hippo out of water is quite rare so I had to get a photo. 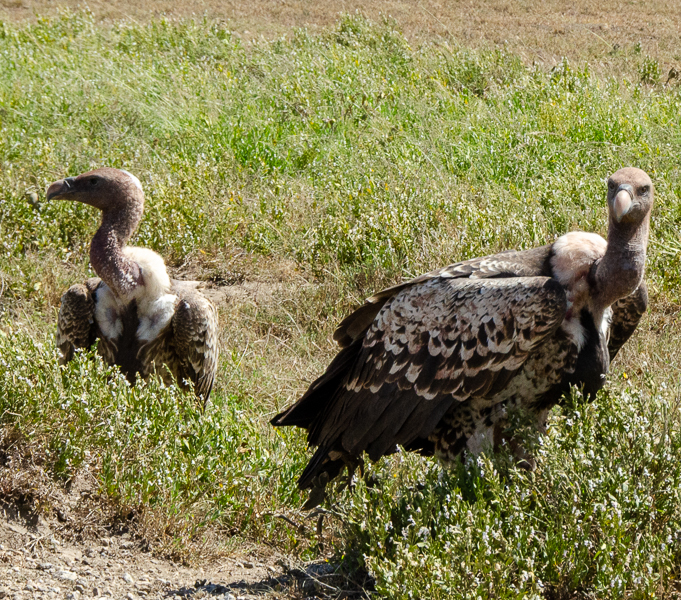 Vultures are fascinating creatures, if not the most attractive of birds…they carry out an important service in the bush, cleaning up after other animals have had their fill. 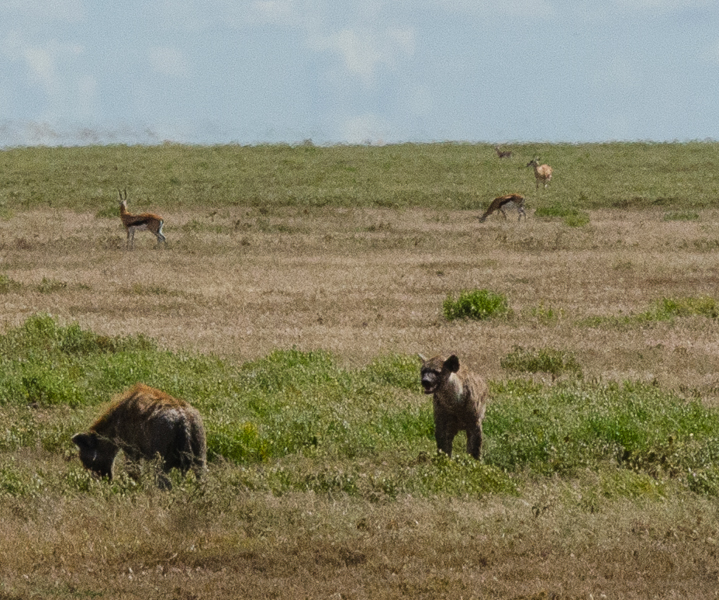 We also found these hyena very close to the track, which was another good photo opportunity. Hyena are extremely clever and work together to secure their food. They are quite ruthless in their pursuit of dinner, too. 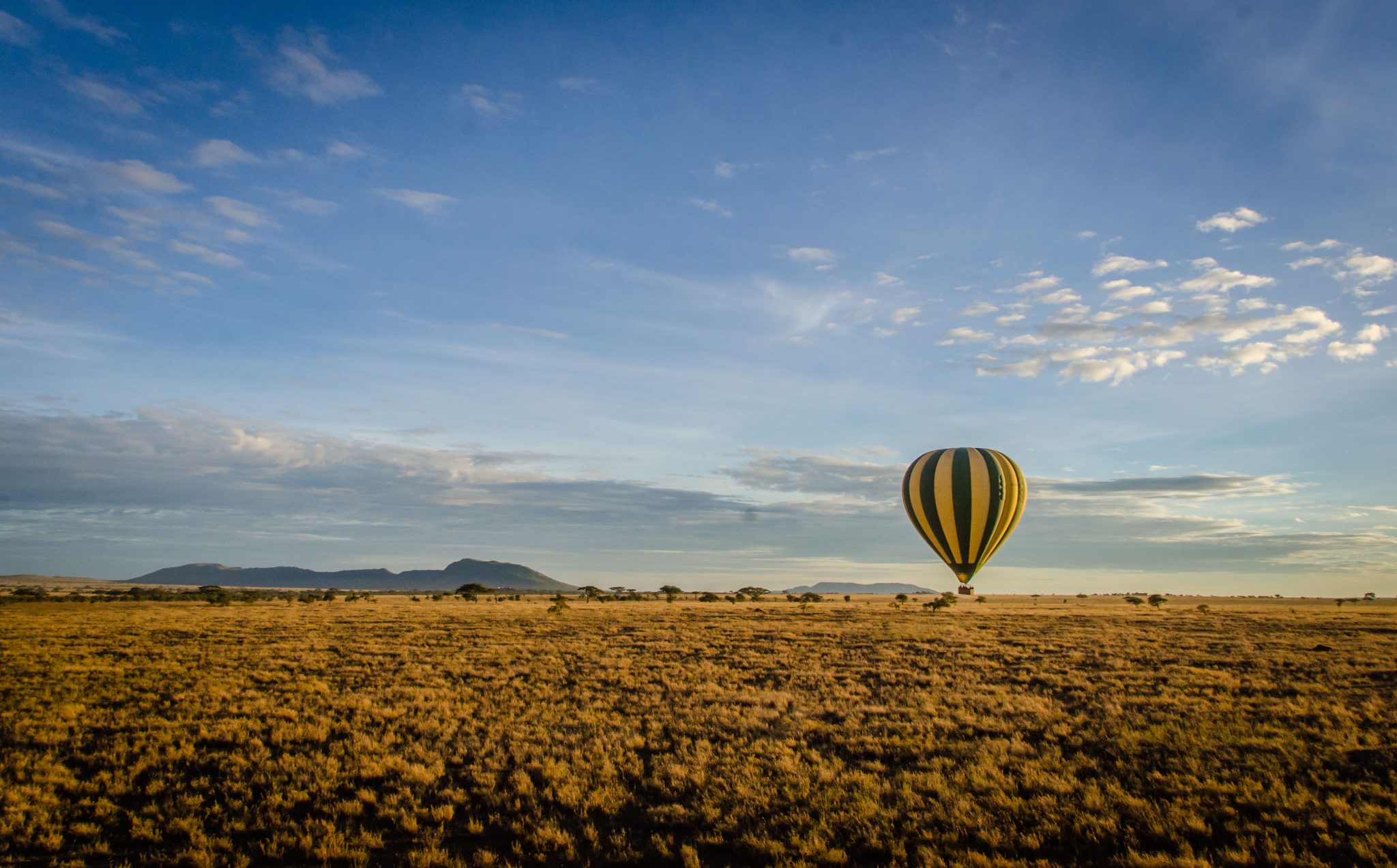 The Park can be divided into 3 sections. The popular southern/central part (Seronera Valley), is what the Maasai called the “serengit”, the land of endless plains. It’s classic savannah, dotted with acacias and filled with wildlife. The western corridor is marked by the Grumeti River, and has more forests and dense bush. The north, Lobo area, meets up with Kenya’s Masai Mara Reserve, is the least visited section.

The plains of Serengeti are mainly crystalline rocks overlain by volcanic ash with numerous granitic rock outcrops (kopjes). In the north and along the western corridor are mountain ranges of mainly volcanic origin. Two rivers flowing west usually contain water and there are a number of lakes, marshes, and waterholes. 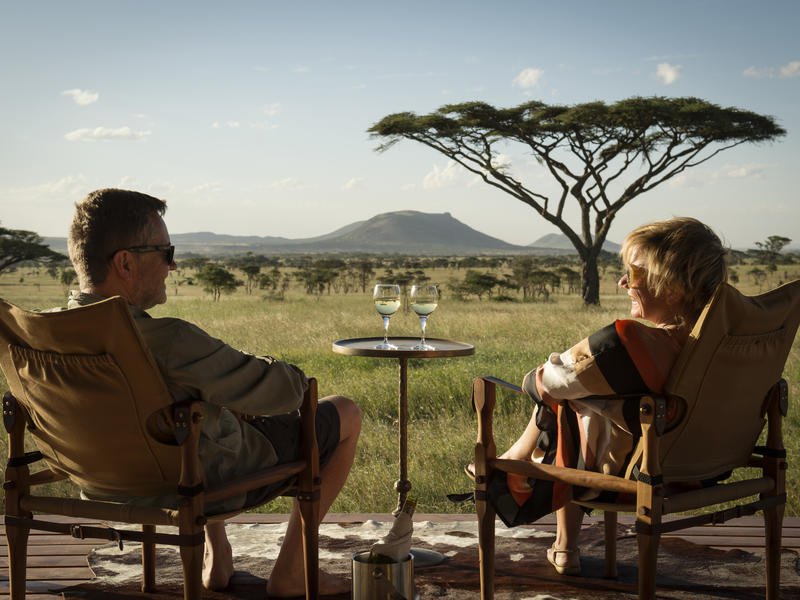 There’s a huge variety of accommodation available in the Serengeti National Park, ranging from basic tented camps to luxury lodges, camps and even a Four Seasons hotel. I wouldn’t recommend the latter for a real safari experience, but if you crave a hotel atmosphere with views of the Serengeti from behind glass windows accompanied by the noise of air conditioning, you are in luck. To be fair (I have stayed here myself on a site inspection) the hotel is popular with older visitors on their first visit to Africa who are nervous about staying under canvas – no matter how luxurious. The Four Seasons also has good guides for its game drives too.

I have visited several of the lodges and camps in the Serengeti and all have their own particular appeal. Here’s a video from on of my favourites, Siringit: 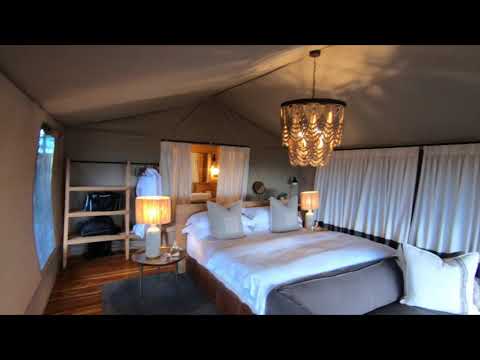 Kati Kati Tented Camp is another great place to stay (below): 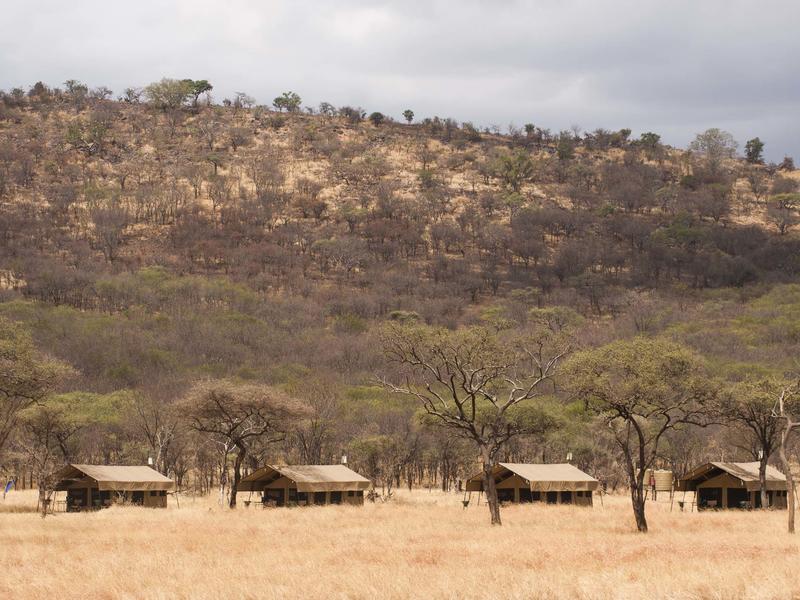 Contact us for more information and to find the perfect accommodation for your trip. 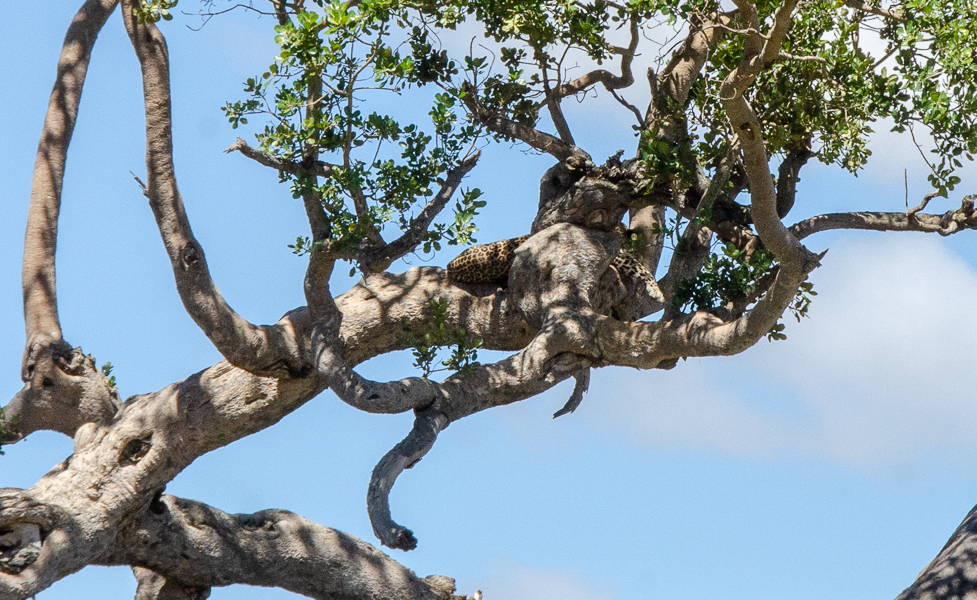 Most game drives take place in enclosed vehicles with a “pop-top” roof. We would prefer the open style but these are rare in the Serengeti. In any case, the pop-top cars provide excellent viewing opportunities. 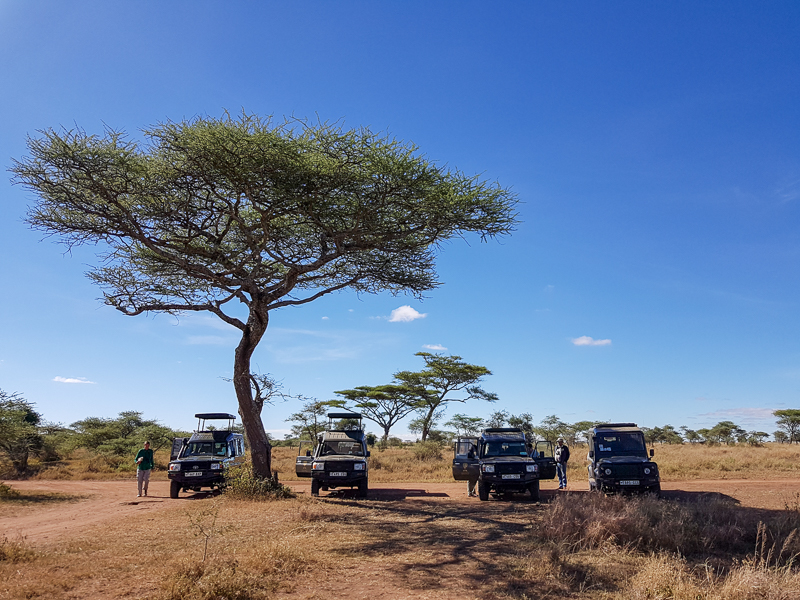 The Serengeti National Park is extremely popular, so you are not going to be able to completely avoid other vehicles. However, away from the more accessible and popular areas you will have a more exclusive experience. We work with companies who know where you can still have great sightings but keep away from the “crowds”. 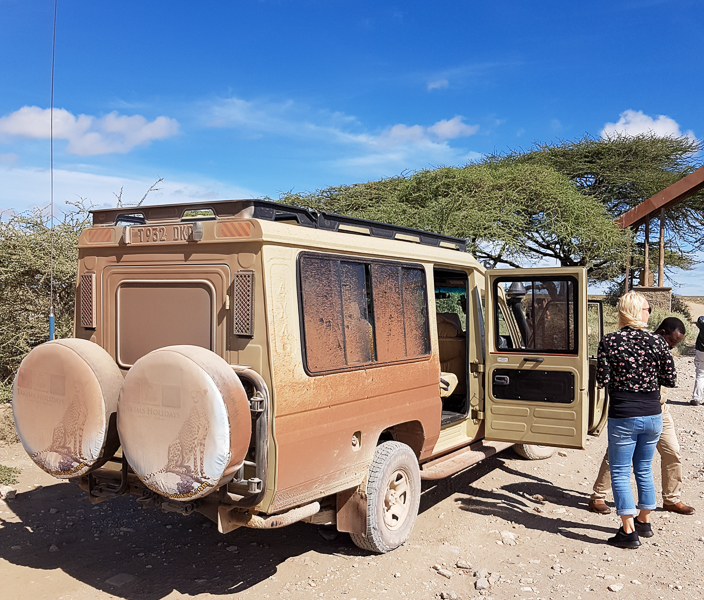 And your vehicle won’t stay clean for long…

The Park does allow self-drivers to explore but you won’t meet many of them. The entry fees and vehicle charges are high enough to deter a solo driver or couple; it begins to make more sense if the vehicle is full.

It’s no exaggeration to say that the Serengeti National Park is the best-known wildlife sanctuary in the world. With an area of 14,763 square kilometres, it has the greatest concentration of plains game in Africa and is home to one of the most incredible spectacles on earth – the great migration of wildebeest and zebra. Visitors can spot lion, cheetah, elephant, giraffe and a huge variety of birds. There’s a wide variety of accommodation available, from luxury lodges to mobile camps.

Contact us about tours to Tanzania and the Serengeti National Park – such as the excellent introduction to the area, Northern Tanzania Highlights and the luxurious  Legendary Northern Tanzania – But don’t forget we can tailor your trip exactly how you want it…

Day 5 of your virtual safari and you’re exploring some of Tanzania’s legendary attractions. Follow the journey from Arusha to the Ngorongoro Crater

Day 7 of your virtual safari and you’re spending the day in Victoria Falls, Zimbabwe

Only 13? Given your complete and never-ending addiction to the continent, I would have expected more, to be quite frank... Well I had to keep it down or I would never have got this article published, would I? Clearly I could go on all day and all of the night…

Peace and quiet await at this lovely property on the outskirts of Johannesburg. Ideally located for Lanseria Airport (great for cheap domestic flights in South Africa) but also close to Sandton and not far from Oliver Tambo Airport. We love the country house feel, the extensive grounds, pool and service.…

Baker’s Lodge is about as perfect as a safari lodge can be and one of my all-time favourites. The individual thatched safari suites have everything you could wish for as well as their own decks overlooking the river. I only stayed one night – probably the biggest regret I had from my tour of Uganda.

It took me 44 years, but I got there in the end. In 2014 I finally got to realise what all the fuss is about. Actually, I guess I knew what the fuss was about but going on safari in Africa far exceeded my expectations and made me understand why this…