A nation of spectacular natural beauty, friendly people and rich culture, Zimbabwe’s status as one of Africa’s leading safari destinations was dampened for years by its political instability. But now that the country is transcending its strife and returning to a state of equilibrium, it is once again emerging as a vacation highlight of the continent. Victoria Falls – known to locals as ‘The Smoke That Thunders’ – is one of the seven natural wonders of the world and the sheer power of this massive body of water plunging into the Zambezi Gorge is awe-inspiring and unforgettable. Lake Kariba, with its game-rich shores and islands, is an idyllic safari spot featuring mind-blowing sunsets; Hwange National Park is known for its huge herds of elephants; and a kayak trip down the Zambezi through the Mana Pools National Park will appeal to the intrepid traveller, providing close encounters with crocodiles, hippos and a host of other wildlife.

Read our blog posts on Zimbabwe:

Video series on why YOU should visit Zimbabwe

Making the most of a morning in Victoria Falls, Zimbabwe

Making the most of an afternoon in Victoria Falls, Zimbabwe

Current is 220/240 volts at 50 cycles per second. Both square and round plugs are used.

Current is 220/240 volts at 50 cycles per second. Both square and round plugs are used.

CurrencyZimbabwe uses US$ as well as its own unit of currency, the Zimbabwe Bond Dollar. It is advised to carry small denominations of change with you, however it is best to pay for as much as possible outside of the country. US$ work best and are widely accepted in supermarkets, and for curios, accommodation, activities and gratuities. South African Rand and Euros are only accepted in some places in Victoria Falls. Do not plan on being able to use cash machines in Zimbabwe to draw money. Before leaving home please exchange all the money that you will need for your trip, plus extra, into US$. Most of this should be in 1, 5, 10 and 20 denominations because change is not always available. In an emergency you can try Barclays Bank, Stanbic Bank or Standard Chartered Bank as they will infrequently accept foreign debit cards for withdrawing cash.BankingBanks in Zimbabwe are open for business Monday, Tuesday, Thursday and Friday from 08h00 to 15h00, on Wednesdays from 08h00 to 13h00 and Saturdays from 08h00 to 11h30. They are closed on Sundays and Public Holidays. Only VISA and MasterCard are accepted in Zimbabwe, however it should be noted that very limited facilities will have credit card machines, and the connection is not always reliable so it is advisable to carry cash as back up.

CurrencyZimbabwe uses US$ as well as its own unit of currency, the Zimbabwe Bond Dollar. It is advised to carry small denominations of change with you,…

Zimbabwe’s native cuisine is based on sadza, a cooked porridge made from ground maize which is normally be accompanied by some tasty relish, perhaps made of meat and tomatoes, or dried fish. Safari camps will often prepare sadza if requested, and it is almost always available in small restaurants in the towns. Camps, hotels and lodges that cater to overseas typically serve a variety international fare, and the quality of food prepared in the most remote bush camps is usually excellent. If you are driving yourself around and plan to cook, then get most of your supplies in main towns. There are a number of South African shopping chains operating in Zimbabwe which will generally have all that you will need.Water in the main towns is usually purified.. The locals drink it, and are used to the relatively innocuous bugs that it may harbour. If you are in the country for a long time, then it may be worth acclimatising yourself to it. However, if you are in Zimbabwe for just a short period of time, then try to drink only bottled, boiled, or treated water available in towns and from all camps, lodges and hotels.

Zimbabwe’s native cuisine is based on sadza, a cooked porridge made from ground maize which is normally be accompanied by some tasty relish, perhaps made…

In Zimbabwe, the rains come principally in December, January,February and March; the further north you are, the earlier the precipitation arrives and the later it leaves. Zimbabwe’s higher eastern areas usually receive more rainfall than the lower-lying western ones.By April and May most of the rain is gone, leaving a verdant setting, which is starting to dry out. Especially in more southerly and higher locations, the night-time temperatures start to drop.The nights in June, July and August become much cooler, so don’t forget to bring some warmer clothes, in case you want to spend an evening outside; the days are still clear and warm. For Zimbabwe, this is the start of the ‘peak season’– days are often cloudless and game sightings continually increase.Into September and October the temperatures rise once again: Zimbabwe’s lower-lying rift valley – Mana Pools – can get very hot in October. During this time, you’ll see some fantastic game, as the Zimbabwe’s wildlife concentrates around the limited water sources.November is unpredictable; it can be hot and dry, it can also see the season’s first rainfalls – and in this respect it’s a very interesting month, as on successive days, you can see both weather patterns.

In Zimbabwe, the rains come principally in December, January,February and March; the further north you are, the earlier the precipitation arrives and…

Taxis are safe and reliable, and can be booked through your hotel front desk. Taxis in cities travel within a 40km radius of the city. Always take a taxi at night.Major airlines fly into Victoria Falls, Harare and Bulawayo. Charter flights are available to most attractions and camps. Zimbabwe has a good road infrastructure, by African standards, although potholed. Between major towns, there are frequent road blocks. Traffic drives on the left side of the road. If you are driving yourself around Zimbabwe, be sure to check on fuel availability in advance. If you are covering long distances within the country, ensure you carry extra fuel in 5 or 10lt metal containers in case of emergency. Fuel is generally available, but supply can fluctuate. Fuel is only available for cash.

Taxis are safe and reliable, and can be booked through your hotel front desk. Taxis in cities travel within a 40km radius of the city. Always take a taxi…

When in Zimbabwe the cardinal rule is to wear casual, comfortable clothes during the day as temperatures can get very hot. It is advisable to wear light loose fitting clothing, such as cotton or linen, as they are cool and easy to wash. Warmer clothes are advised for the evenings and rainwear for the wet season. A brimmed hat and sunglasses are a good idea year round. Long sleeved shirts and long trousers will also guard against the scourching sun rays. It is recommended you wear light shoes, especially if your itinerary entails a lot of walking. For safaris, please remember to wear appropriate clothing and shoes. Earth colour clothes, such as browns, greens and tans are advisable.

When in Zimbabwe the cardinal rule is to wear casual, comfortable clothes during the day as temperatures can get very hot. It is advisable to wear light…

Situated in western Zimbabwe, the Hwange National Park is the country's biggest reserve, home to a profusion of wildlife, including giraffe, lion, zebra and approximately 40…

Idyllically located in the spectacular Matobo Hills, the renowned Matobo National Park is known for its rich human history, its remarkably diverse flora and fauna and…

Resting on the southern banks of the Zambezi River at the western end of the eponymous falls, this popular tourist town is compact enough to walk… 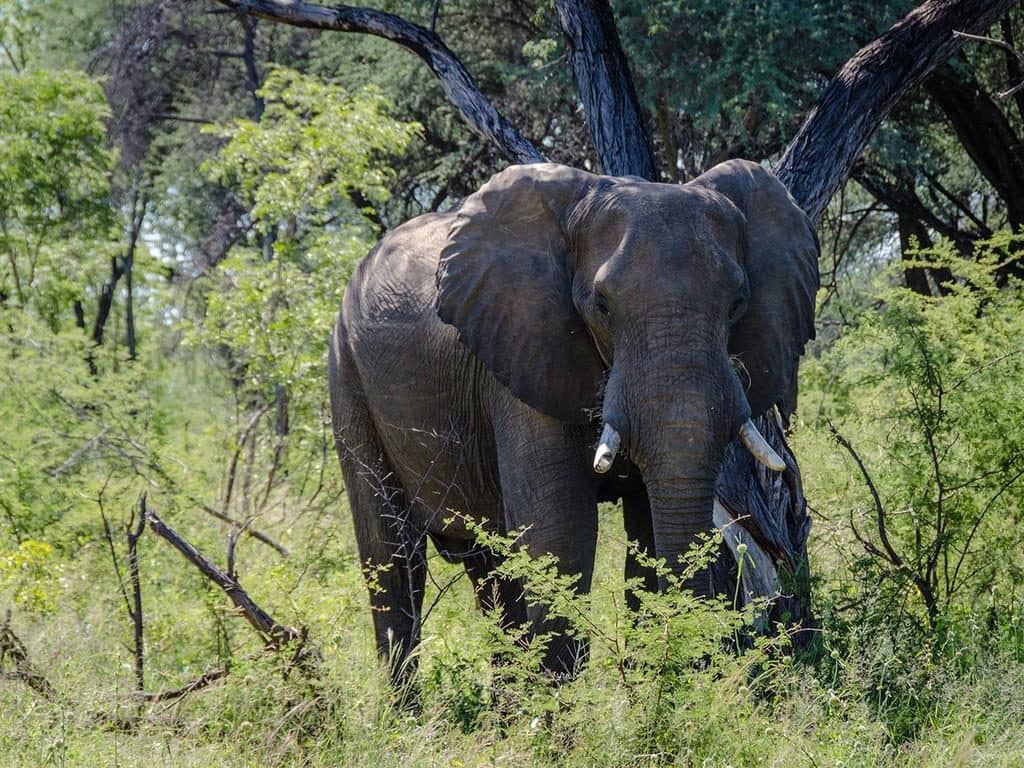 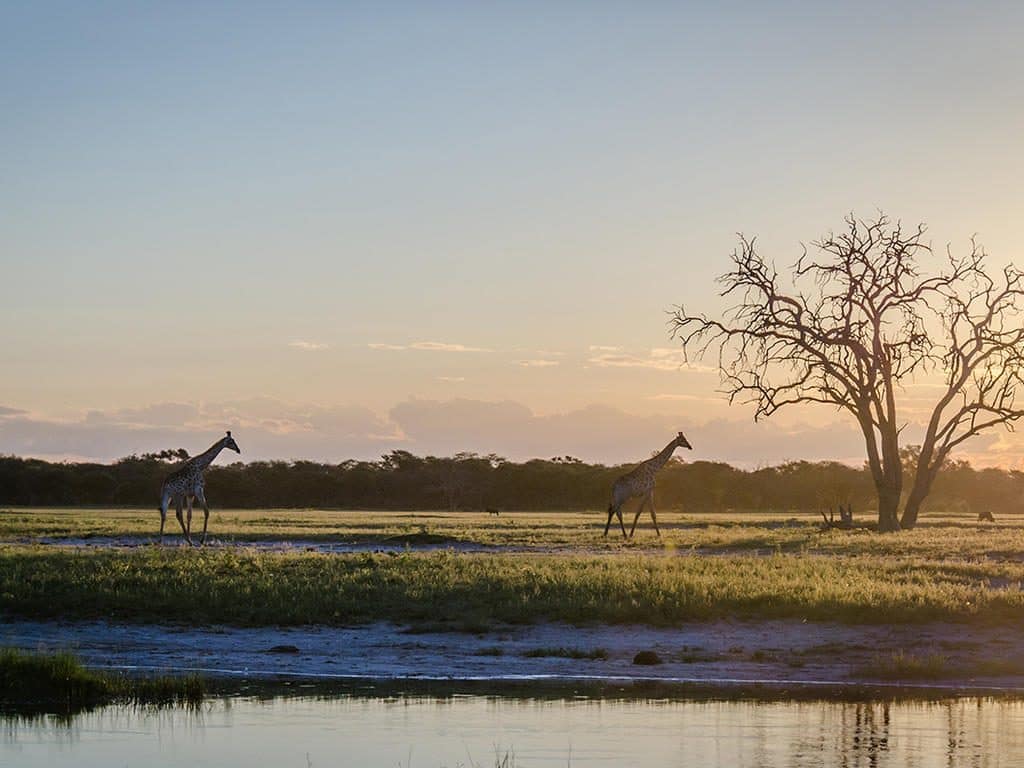 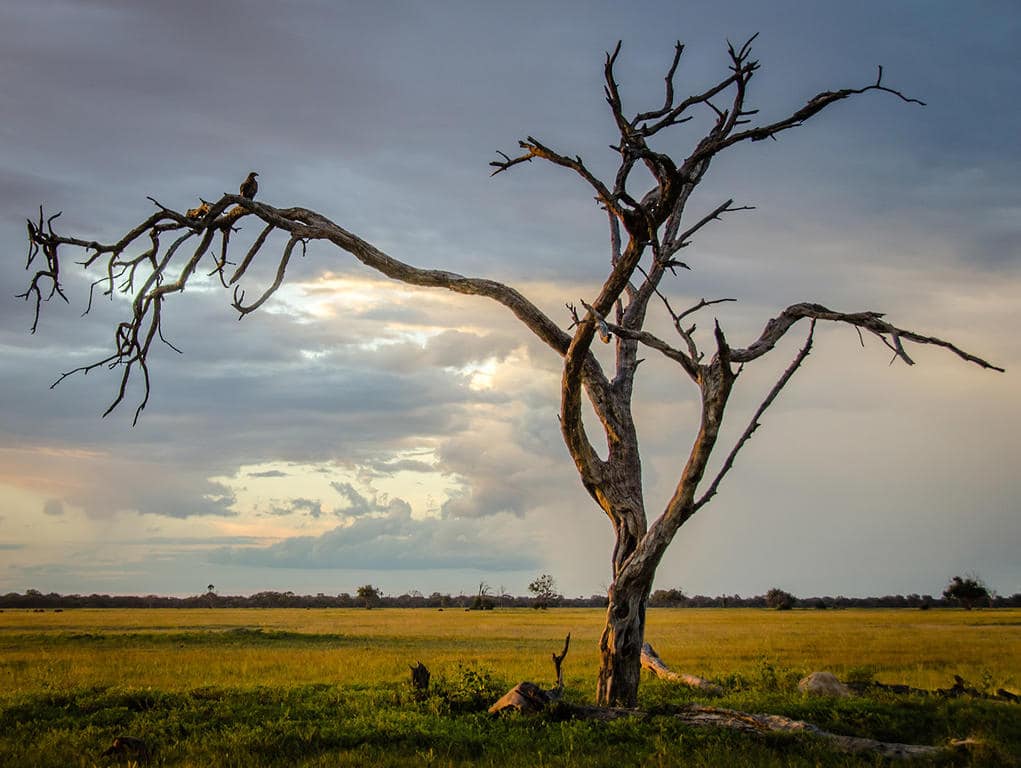 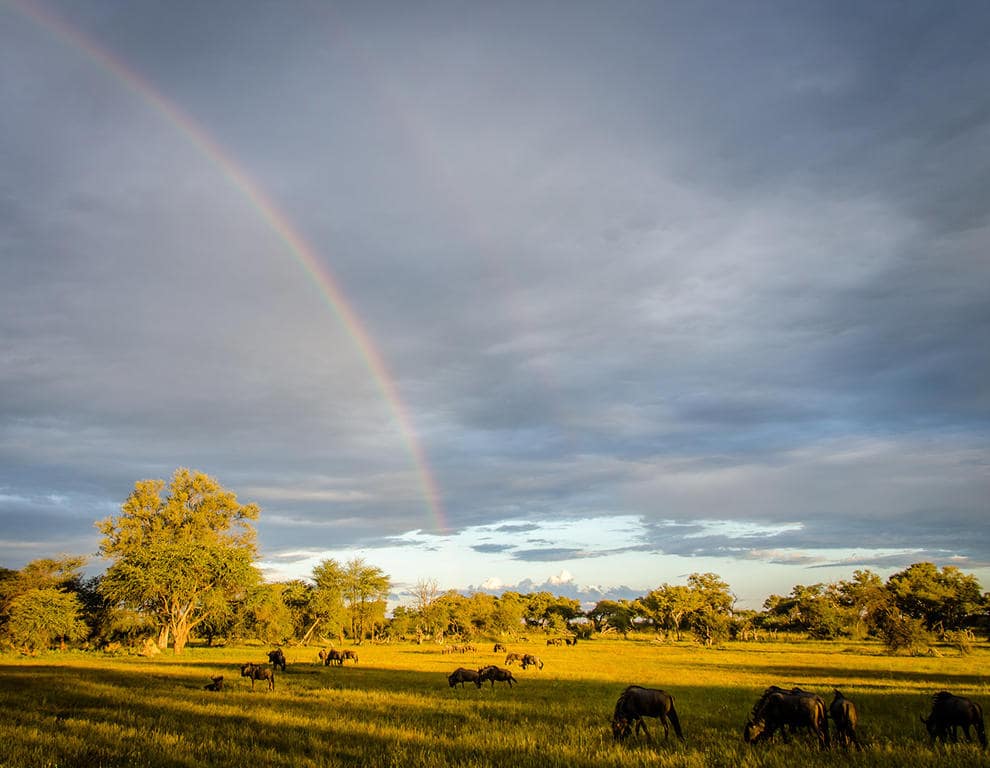 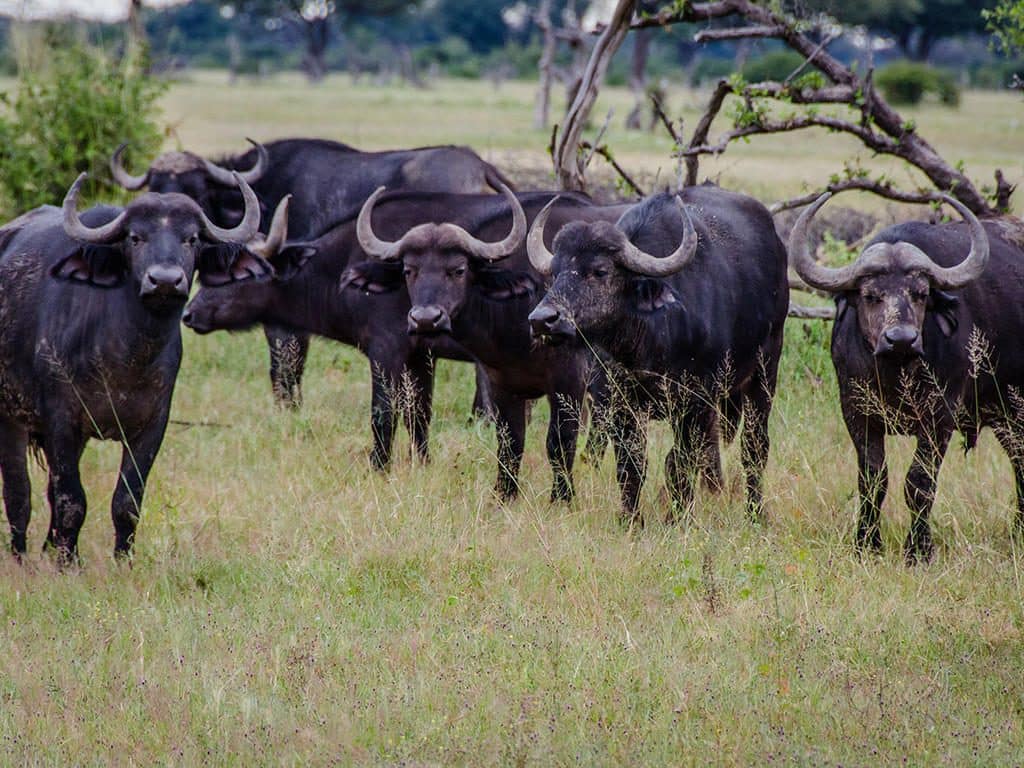 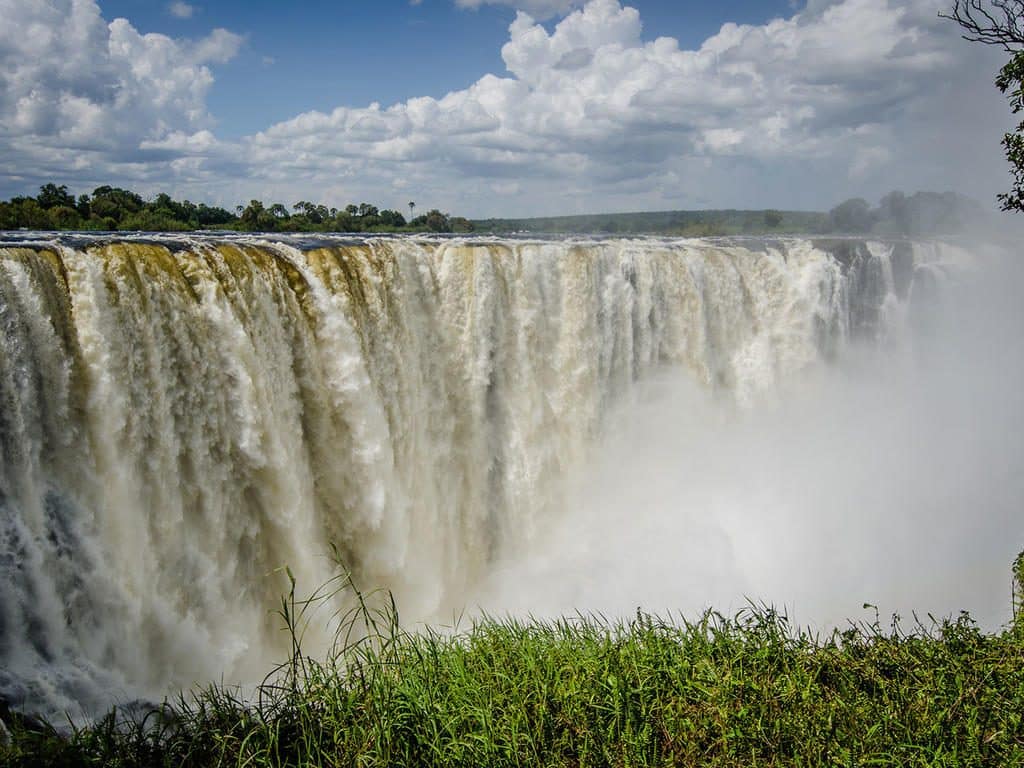 This tour offers an abundance of scenic, wildlife and cultural attractions. Walk the highest sand dunes in the world in the Namib Desert; see the…

Particularly suitable for those who have previously visited the Victoria Falls and want to further explore Zimbabwe, this itinerary highlights the superb community and conservation work carried out…

Botswana is considered Southern Africa’s premier game viewing destination. But it is also known as a very expensive destination. However by using a range of…