The name Tanzania conjures up images of wildebeest stampeding across vast savannah, rain forests teeming with monkeys and birdlife, and great plains brimming with legions of game. All of these natural wonders and more are on offer in this exceptionally diverse African nation. Visitors typically visit Tanzania to partake in at least one of the four well known Tanzanian tourist experiences: a relaxing seaside vacation on the picturesque island paradise of Zanzibar, an underwater tour of some of the world’s most renowned dive sites around the gorgeous Spice Islands, a safari adventure in some of Africa’s most impressive game reserves, or a hiking excursion around Mount Kilimanjaro National Park. Whichever of these incredible holidays you choose, you will undoubtedly be welcomed by some fabulously friendly and peaceful inhabitants who, despite being divided into 120 different ethnic groups and cultures, live in harmony with one another and provide some of the most wonderfully exotic local cuisine you could imagine. With all of this diversity on offer, the most difficult part of your Tanzanian holiday experience is likely to be deciding where to go!

Read our blog posts on Tanzania:

Video: Driving through the Ngorongoro Crater in Tanzania

The electricity supply in Tanzania is 220/240 volts at 50Hz. Plugs are 3 point square (UK Type).  Adapters are available at major airports.

The electricity supply in Tanzania is 220/240 volts at 50Hz. Plugs are 3 point square (UK Type).  Adapters are available at major airports.

CurrencyIn Tanzania, the unit of currency is the Tanzanian Shilling, which is divided into 100 Cents. Notes are issued in denominations of 500, 1000, 2000, 5000, and 10000 Shillings. Coins are issued in denominations of 50, 100 and 200 Shillings.BankingBanks are open from 9:00am to 3:00pm Monday to Friday. Many banks are equipped with 24 hour ATM machines. Credit cards and travellers checks are not widely accepted in Tanzania. Where they are accepted can high service fees and poor exchange rates be expected. Major foreign currencies – particularly US $ – are accepted in Tanzania and are convertible at banks and bureau de changes in the main towns and tourist areas. If bringing cash in US $, please make sure bank notes are in good condition, with no cuts or damage and are not older than 2004. Most banks offer higher exchange rates for US $ 100 / US $ 50 bank notes compared to US $ 20 / US $ 10 or US $ 5 bank notes.

CurrencyIn Tanzania, the unit of currency is the Tanzanian Shilling, which is divided into 100 Cents. Notes are issued in denominations of 500, 1000, 2000,…

Most camps, lodges or hotels cater specifically to tourists and serve Western-style food, ranging in standard, but generally are excellent. Game lodges tend to offer a daily set menu with a limited selection, so it is advisable to have your tour operator specify in advance if you are a vegetarian or have other specific dietary requirements. First-time visitors to Africa might take note that most game lodges in and around the national parks have isolated locations, and driving within the parks is neither permitted nor advisable after dark, so that there is no realistic alternative to eating at your lodge. Tap water in Tanzania is generally not safe to drink, and most travellers try to stick to mineral water. Filtered and bottled water can be difficult to find you are travelling outside of main town and so it is advisable to stock up. Most camps, lodges and hotels have bottled water readily available.

Most camps, lodges or hotels cater specifically to tourists and serve Western-style food, ranging in standard, but generally are excellent. Game lodges…

Just south of the equator, Tanzania is huge and its sheer size means that the climate varies considerably within it. However, generally the main rainy season, or the ‘long rains’, lasts during about March, April and May. Afternoon tropical downpours are the norm – which are heavier and more predictable beside the coast and on the islands. The humidity is high and daily temperatures reach the low-mid 30°s.The long dry season lasts throughout June, July, August, September and October is when rainfall is unusual, even on the islands. Temperatures vary hugely with altitude and location, but it’s usually a fine, clear sky and sunny weather – it’s a great time to visit Tanzania. During November and December there’s another rainy season: the ‘short rains’. These are much lighter than the main rains and less reliable.If it has rained during the short rains, then it normally dries up for a few months, January and February, which is Tanzania’s ‘short dry season’, before starting to rain again in earnest in March.

Just south of the equator, Tanzania is huge and its sheer size means that the climate varies considerably within it. However, generally the main rainy…

If you are visiting a number of parks and reserves in Tanzania, you can either drive or fly between them. Roads in most of the wilderness areas are in poor condition and unmarked, and self-driving is not recommended. Operators will supply you with a driver who doubles as an informal guide; alternatively, you can arrange to fly to your destination and utilize a car and driver supplied by the lodgings. Elsewhere in Tanzania, towns and cities are linked by a steady stream of buses and dala-dalas (minibuses), and in the cities, there is public transport in the way of buses, dala-dalas, taxis, and, in some places, bicycles or tuk-tuks.Precision Air run regular services, mostly via Dar es Salaam, Kilimanjaro or Zanzibar, to all main towns and other destinations in East Africa and beyond. All national parks and some of the top-end luxury lodges have airstrips and Coastal Air operates between these and the main airports on the mainland and the islands of Zanzibar, Pemba and Mafia. ZanAir has frequent connections between Zanzibar, Pemba and the mainland.Driving is on the left hand side of the road

If you are visiting a number of parks and reserves in Tanzania, you can either drive or fly between them. Roads in most of the wilderness areas are in…

It never gets really cold in Tanzania so lightweight clothing, preferably cotton or linen, is recommended. While on a game viewing safari, avoid brightly coloured clothing, stick to whites, beiges, khakis and browns. There may be long days sitting in safari vehicles, so it is advisable to wear light comfortable clothing such as short sleeved shirts and cotton/linen trousers or shorts. Denim will become too hot and extremely uncomfortable. Walking shoes and socks will be required.The evenings will be chilly, so long sleeved shirts and trousers should be worn. A sweater may be needed. These will also prevent you being bitten by insects. A hat should be worn at all times outside. The sun may sometimes not feel hot, but it can still easily burn, especially if it is cloudy and overcast.If visiting Zanzibar or any coastal town don’t forget to take a swimsuit, as it is invariably warm. Ladies are recommended to take cotton skirts, blouses and dresses. Sandals are a must for this environment! On the beaches and within the confines of hotels, normal swimwear is acceptable but nudity is not.As over a third of the population in Tanzania is Muslim, it is therefore not etiquette for ladies to walk around in public displaying their legs and shoulders. Remember to dress modestly as short shorts, miniskirts, vests and tank tops will be frowned upon.

It never gets really cold in Tanzania so lightweight clothing, preferably cotton or linen, is recommended. While on a game viewing safari, avoid brightly…

Resting at the foot of Mount Meru, the sprawling city of Arusha is known as the safari capital of northern Tanzania. It serves as an excellent…

Situated in northeastern Tanzania, the Arusha National Park is idyllically set against the spectacular backdrop of Mount Kilimanjaro. This 552 square kilometre park is renowned for…

Situated a stone’s throw away from the idyllic island of Zanzibar, on Tanzania’s beautiful coastline, the town of Bagamoyo lies within the UNESCO-listed Bagamoyo District. It…

Situated in the heart of Tanzania, the Central Serengeti encompasses the world-famous Seronera Valley which is known for its prime wildlife-viewing opportunities. This picture-perfect landscape is…

Dar es Salaam is Tanzania’s former capital, her largest city and main port. The distinctly African, colourful markets are well worth a visit and both German…

Set above the Ruaha River in the lush mountains of southern Tanzania, Iringa is a picturesque stopover en route to Ruaha National Park. The town features…

Travellers heading for the Serengeti and Ngorongoro Crater will inevitably pass through the town of Karatu in the green hills of Tanzania’s northern highlands. Presided over…

Located in western Tanzania, the remote Katavi National Park is a great stop along the western circuit tourist route. Encompassing Lake Katavi, the Katuma River and…

Lake Burunge is one of three major lakes in the Manyara Region of Tanzania. Located in the migratory corridor of Manyara and Tarangire, Lake Burunge serves…

Resting at the foot of the green-cloaked Uluguru Mountains, Morogoro is a small city that acts as a kick-off point for hiking trips to these compelling…

Located in the foothills of Mount Kilimanjaro, close to the Kenyan border in Northern Tanzania, the vibrant town of Moshi is known as a coffee producing…

The quiet settlement of Pangani lies at the mouth of the river after which it is named, surrounded by pristine beaches that make it an ideal…

Following its recent expansion, Ruaha is currently East Africa’s biggest national park and the second-largest on the African continent. It is also Tanzania’s most sizeable elephant…

The Seronera region, in the central Serengeti, is set directly on the Great Migration route, and offers excellent viewing of this incredible annual phenomenon, when countless…

Located just a few hours drive from the town of Arusha, Tarangire is a popular stop for safaris travelling through the northern circuit on their way…

Found in northeastern Tanzania, the Usambara Mountains rise to over 2000 metres above sea level, making up the easternmost ranges of the Eastern Arc Mountains. The…

Located to the north of Mount Meru in northeastern Tanzania, West Kilimanjaro is a concession area to the west of Mount Kilimanjaro and south of Kenya's…

The southern region of Zanzibar, also known as Unguja South Region, is renowned for its pristine white-sand beaches lapped by calm turquoise waters. Visitors can explore… 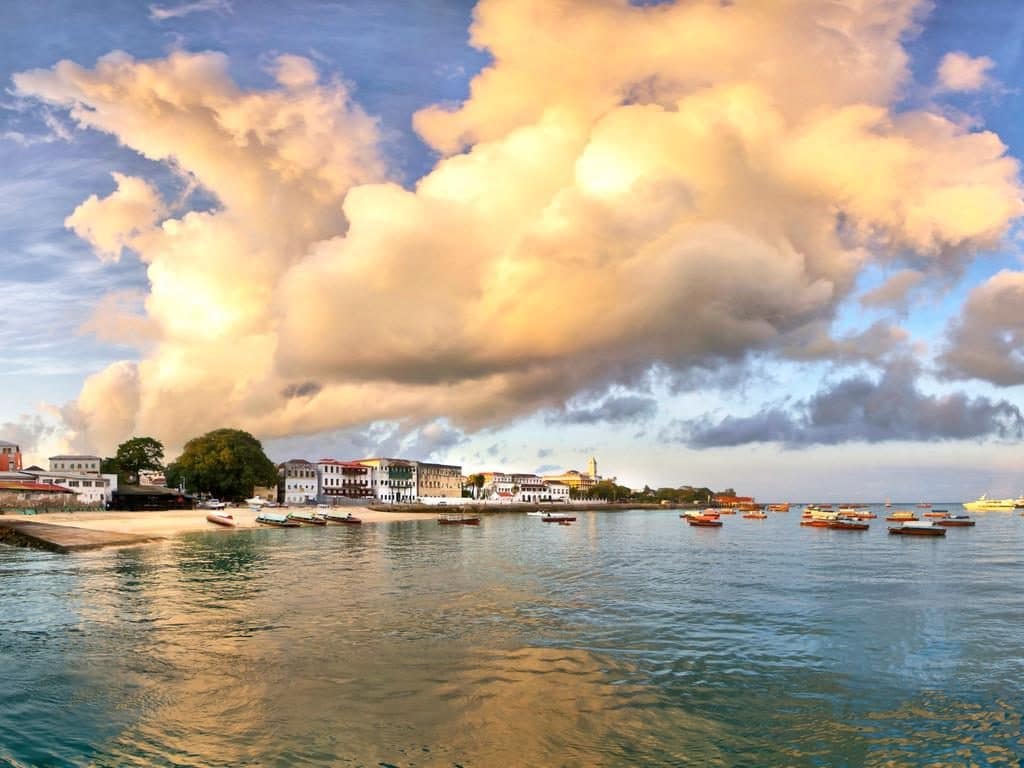 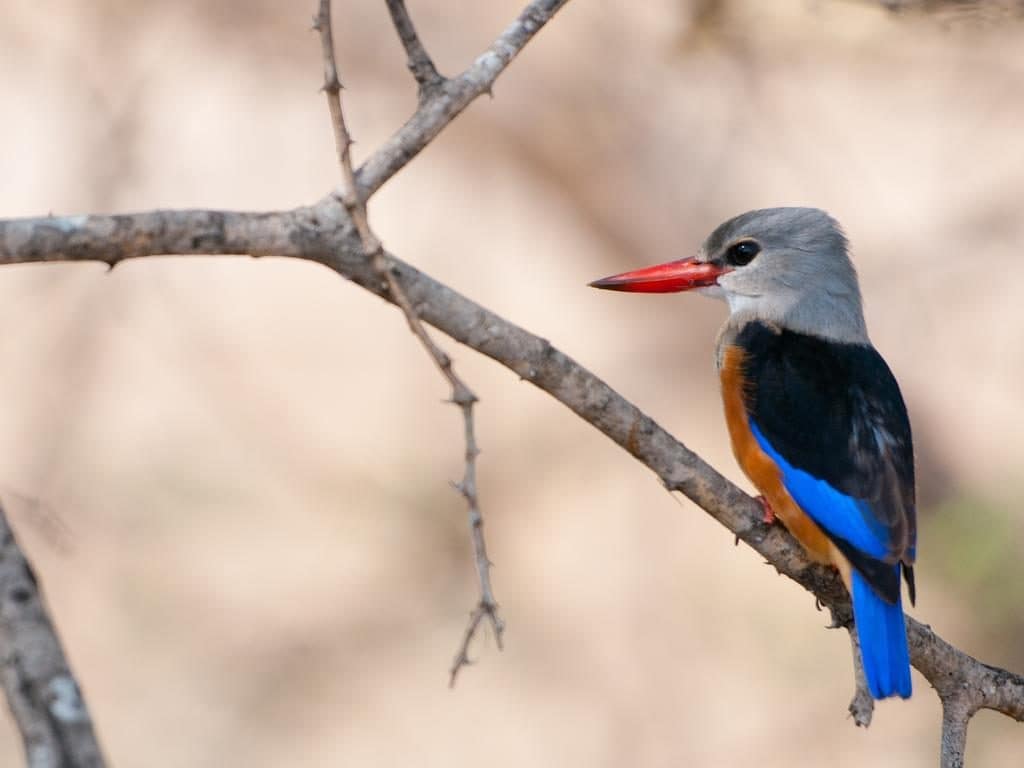 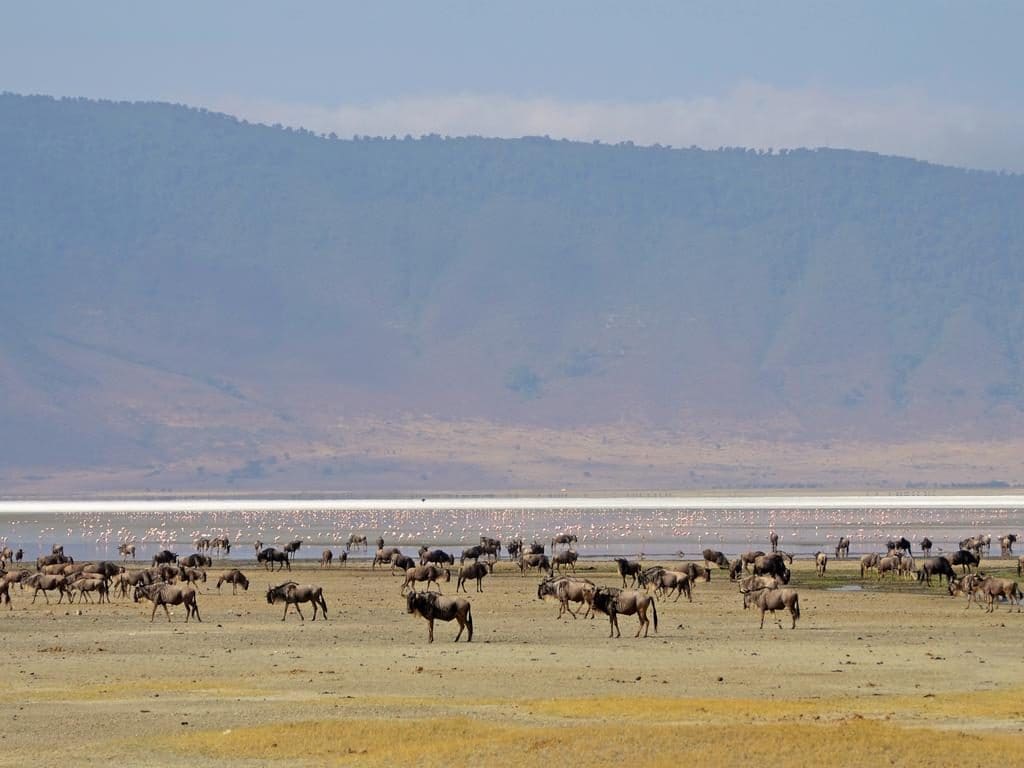 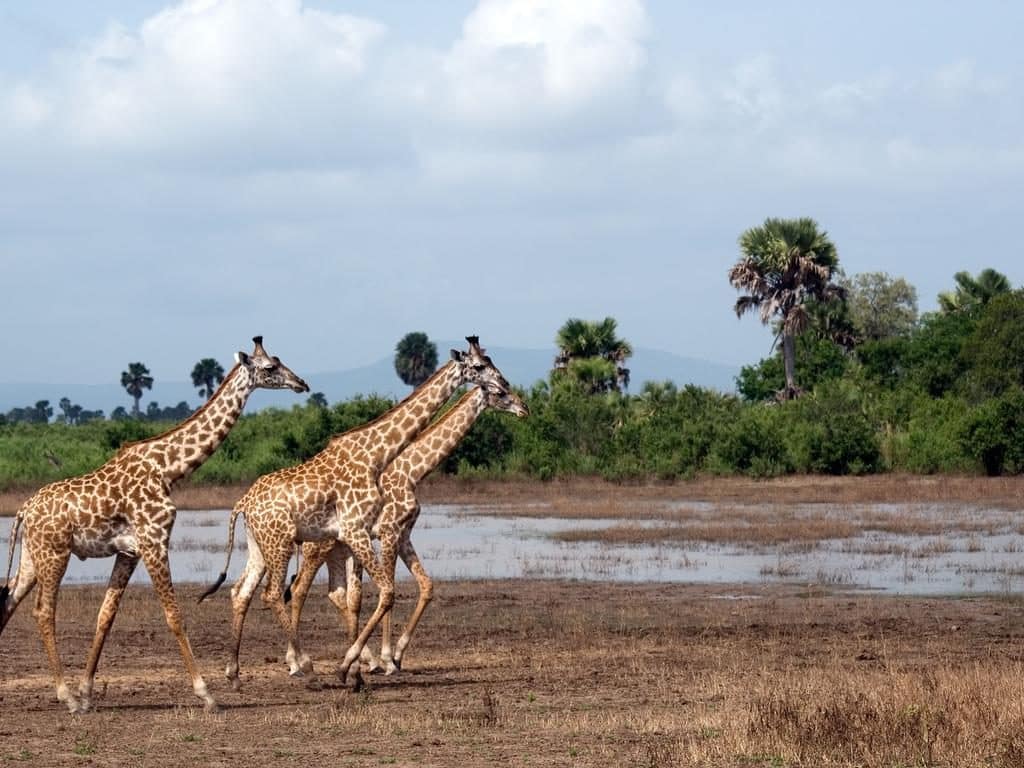 Tanzania’s Southern National Parks are some of the largest and most remote in all of Africa. and yet rarely appear in the standard itineraries sold…

A superb introduction to this beautiful country, taking in some of its most spectacular sights – and great value too

This itinerary combines legendary destinations (the Serengeti, Ngorongoro Crater) with lesser-known gems such as West Kilimanjaro and Tarangire. You will stay at some of the…

Tanzania – the land of Serengeti, Kilimanjaro and Zanzibar. But did you know, that the country has so much more to offer? Explore the hidden…