This vast country is undoubtedly one of the most culturally and geographically diverse places on earth. Fondly known by locals as the ‘Rainbow Nation’, South Africa has 11 official languages and its multicultural inhabitants are influenced by a fascinating mix of cultures. Discover the gourmet restaurants, impressive art scene, vibrant nightlife and beautiful beaches of Cape Town; enjoy a local braai (barbecue) in the Soweto township; browse the bustling Indian markets in Durban; or sample some of the world’s finest wines at the myriad wine estates dotting the Cape Winelands. Some historical attractions to explore include the Zululand battlefields of KwaZulu-Natal, the Apartheid Museum in Johannesburg and Robben Island, just off the coast of Cape Town. Above all else, its remarkably untamed wilderness with its astonishing range of wildlife roaming freely across massive unfenced game reserves such as the world-famous Kruger National Park. With all of this variety on offer, it is little wonder that South Africa has fast become Africa’s most popular tourist destination.

Current is 220/240 volts at 50 cycles per second. A three-point round-pin adapter plug should be brought for your electrical appliances – such adapters are also available at major airports..

Current is 220/240 volts at 50 cycles per second. A three-point round-pin adapter plug should be brought for your electrical appliances – such adapters…

CurrencyThe currency is the Rand, which is divided into 100 cents. There are R200, R100, R50, R20 and R10 notes. Coins come in R5, R2, R1, 50c, 20c, 10c and 5c.BankingBanks are found in most towns, and are generally open from 09h00 to 15h30 on weekdays and 08h30 to 11h00 on Saturdays (Closed Sundays and Public Holidays). Most of them offer foreign exchange services – with cash, bank & credit cards as well as travellers cheques. You can also obtain cash from automatic teller machines (ATMs). Several international banks have branches in the main city centres. Always advise your bank that you are travelling outside of the country as they might block your purchases if they are not informed.

Standards of hygiene in relation to food health and safety in South Africa, are generally high in hotels, restaurants, pubs and nightspots. Tap water in South Africa is safe to drink and cook with when taken from taps in urban areas. Not all tap water in rural areas is safe for consumption, so take precautions if necessary.It is safe to eat fresh fruit, vegetables and salads, and put ice in your drinks. South Africa’s fish, meat and chicken are of excellent quality, so there is no need to limit yourself when enjoying the local cuisine.Restaurants are subject to South Africa’s food safety control legislation, which is implemented by local government.  Regulations include certification and regular inspections by health inspectors to ensure hygienic standards are maintained.Street food is not as common in South Africa as it is in other countries, although vendors selling traditional snacks and meals can be found in city centres and townships. Food safety in such instances cannot always be guaranteed.

Standards of hygiene in relation to food health and safety in South Africa, are generally high in hotels, restaurants, pubs and nightspots. Tap water…

South African temperatures, which are measured in centigrade, average at highs of 28°C to average lows of 8°C in the summer months while winter temperatures range from 1°C at night to around 18°C in the day.  Average annual rainfall is on the low side at under 500mm a year, making the country somewhat dry.  Much of the rain falls in the Western Cape in the winter, differing from the rest of the country, which experiences summer rainfall. On the plus side, the South African climate boasts more than its fair share of sunshine, recording an average of 8.5 hours a day.

South African temperatures, which are measured in centigrade, average at highs of 28°C to average lows of 8°C in the summer months while winter temperatures…

Travelling around South Africa is relatively easy by air, road and rail. Principal air routes are serviced by SAA and British Airways. There are also low-cost carriers on main routes, namely Kulula.com, Mango and Safair. Facilitating travel around South Africa are 10 airports managed by the Airports Company South Africa (Acsa). In addition, there are some 90 regional airports, including the Kruger Mpumalanga International Airport in Nelspruit and the Skukuza Airport, offering access to the Kruger National Park.An extensive tarred road system makes travelling in South Africa by vehicle convenient and easy. You will find gravel roads in rural areas though. Please note that a valid international driver’s licence is required. We drive on the left-hand side of the road. Most global car hire firms have branches in South Africa and  Uber is available.Another means of getting around South Africa are inter-city bus services such as Greyhound and Trans-Lux. Metrobus buses are available for in-city transport.  Metered taxis must be ordered by telephone.There is the popular MyCityBus system in Cape Town as well as a hop-on-hop-off tourist bus in Cape Town and Johannesburg.Our rail system includes the long-haul, inexpensive Shosholoza Meyl Metrorail trains. More luxurious options are the Blue Train, Premier Classe and the steam train Rovos Rail.  There is also the Gautrain rapid transit railway system in Gauteng Province llinking Sandton and Marlboro to the O.R.Tambo International Airport and a Commuter Service linking Rhodesfield, Marlboro, and Sandton (east-west link) and Park, Rosebank, Sandton, Midrand, Centurion, Pretoria Central and Hatfield (north-south link). All stations with the exception of the Airport station have integrated car parking facilities.

Travelling around South Africa is relatively easy by air, road and rail. Principal air routes are serviced by SAA and British Airways. There are also low-cost…

SummerBring clothes that are cool, light and comfortable because summer temperatures can get well into the 30 – 40 degree Celsius range in some areas. Also bring an umbrella or raincoat during summer as this is when most of the country gets its rain, but don’t forget a swimming costume (bathing suit).WinterThe winters are generally mild, comparing favourably with European summers.  But there are days when temperatures dive, especially in high-lying areas such as the Drakensberg, so be prepared with jerseys and jackets. Cape Town gets its rain during the winter season so it’s advisable to bring rain gear along.GeneralAlways bring a hat, sunglasses and sunblock as the sun can be strong even in the winter months.Walking shoes are a good idea all year-round, with warm socks in the winter.If you are doing business in the country, business attire  (suit and tie) is generally called for in the corporate sector, but media for example generally dress more casually.For game viewing, a couple of neutral-toned items will be useful, but there’s no need to go overboard. A good pair of walking shoes is also advisable.For the evening, if you are dining at an upmarket restaurant or seeing a show, smart-casual attire is recommended.

SummerBring clothes that are cool, light and comfortable because summer temperatures can get well into the 30 – 40 degree Celsius range in some areas….

Set in the enchanting Eastern Cape Province of South Africa, the Addo Elephant National Park is the country’s third largest national park and offers a truly…

Resting at the confluence of the Indian and Atlantic oceans, sandwiched between the slopes of the iconic Table Mountain and the glistening sapphire waters of Table…

The Cederberg is wild, rugged, dramatic and above all, breathtakingly beautiful. The region’s valleys are lined with citrus orchards and surrounded by magnificent mountains that become…

Situated just 140 kilometres from Cape Town and built between the beautiful shores and cliffs of Walker Bay, Hermanus has grown from a small seaside resort…

Named after the many thorny climbers that were once found along the Hluhluwe River, on whose banks the town rests, Hluhluwe is sandwiched between the Greater…

Johannesburg is one of Africa’s biggest and most vibrant cities. It is the economic capital of Africa and the gateway to Southern Africa. Although not as…

Bordered by the Swartberg and the Langeberg Mountains in the Western Cape of South Africa, the long valley of the Klein Karoo is famous for its…

Stretching over more than two million hectares, the Kruger National Park is one of the world’s largest game reserves and a truly remarkable destination. Owing to…

Scattered along the unfenced western boundary of the world-renowned Kruger National Park, private game reserves combine with the Kruger to establish one of the world’s largest…

KwaZulu Natal, also known as KZN, is steeped in history and littered with battlefields from the struggles of the Zulu Civil Wars, to their clashes with…

Scattered across the undulating plains of KwaZulu Natal, a wonderful array of game reserves can be explored. These magnificent parks are renowned for their dramatic hilly…

Matjiesfontein is a quaint little railroad town situated on the fringe of the Karoo. This fascinating remote town has been proclaimed a National Heritage Site as…

Situated northeast of Richard’s Bay in the South African province of Kwa-Zulu Natal, the 40 000 hectare, state-owned Mkuze Game Reserve is known for its dramatic…

Situated in the beautiful province of the Western Cape in South Africa, Montagu is a popular stop along the famous Route 62, a scenic alternative to…

Stretching for over 1000 kilometres along South Africa’s scenic West Coast, the Namaqualand is known for its stark, arid beauty. Once a year in early Spring,…

Connecting the Lowveld and the spectacular Drakensberg, sandwiched between the Kruger National Park and the Highlands Meander, the historical Panorama Route is a scenic road in…

Serving as the gateway to the arid wilderness of the Great Karoo, the little South African heritage town of Prince Albert is surrounded by an oasis…

The Royal Natal National Park is home to one of KwaZulu-Natal's most spectacular attractions – The Amphitheatre. Forming the boundary between South Africa and Lesotho, The…

A blend of historical architecture, student life, epicurean delights and oak-lined avenues, Stellenbosch is a picturesque university town surrounded by mountains and vineyards. A walking tour…

Situated amidst the towering Waterberg Mountains in the Limpopo Province, the Waterberg Biosphere, as the name suggests, serves as a water reservoir for the region. Renowned…

While the Garden Route remains one of South Africa’s most famous attractions, the West Coast’s windswept isolation and tranquillity appeals to visitors who seek a break…

Located on the eastern coast of South Africa, just outside of the port city of Durban, Umhlanga Rocks, also referred to as Umhlanga, is a popular… 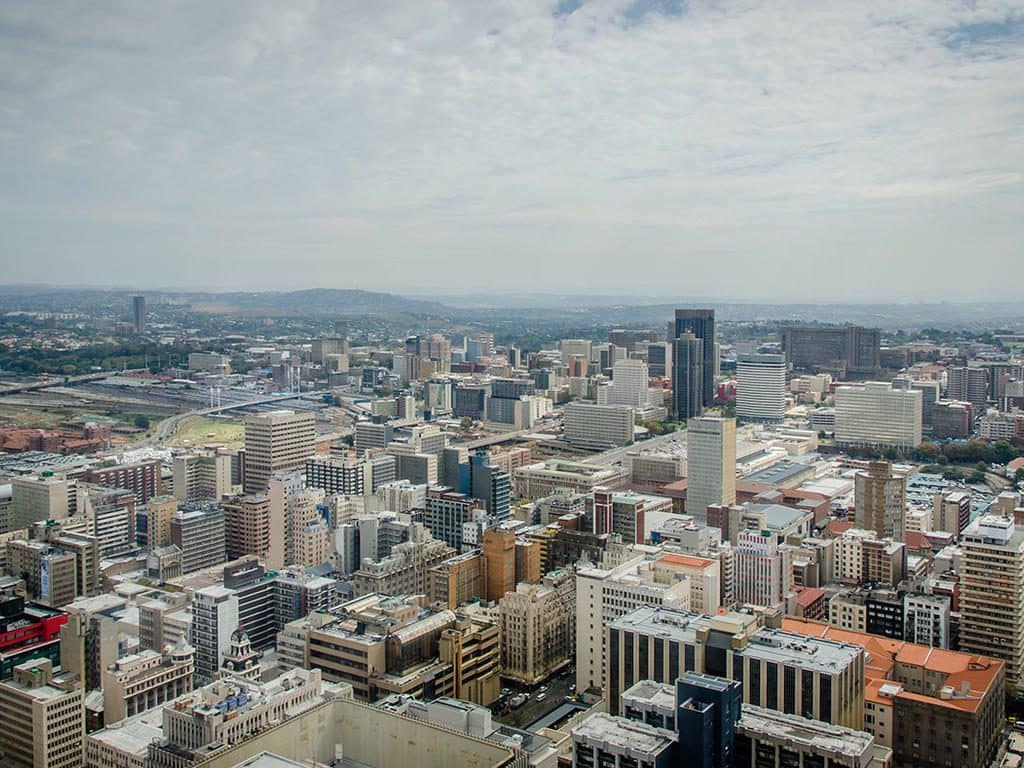 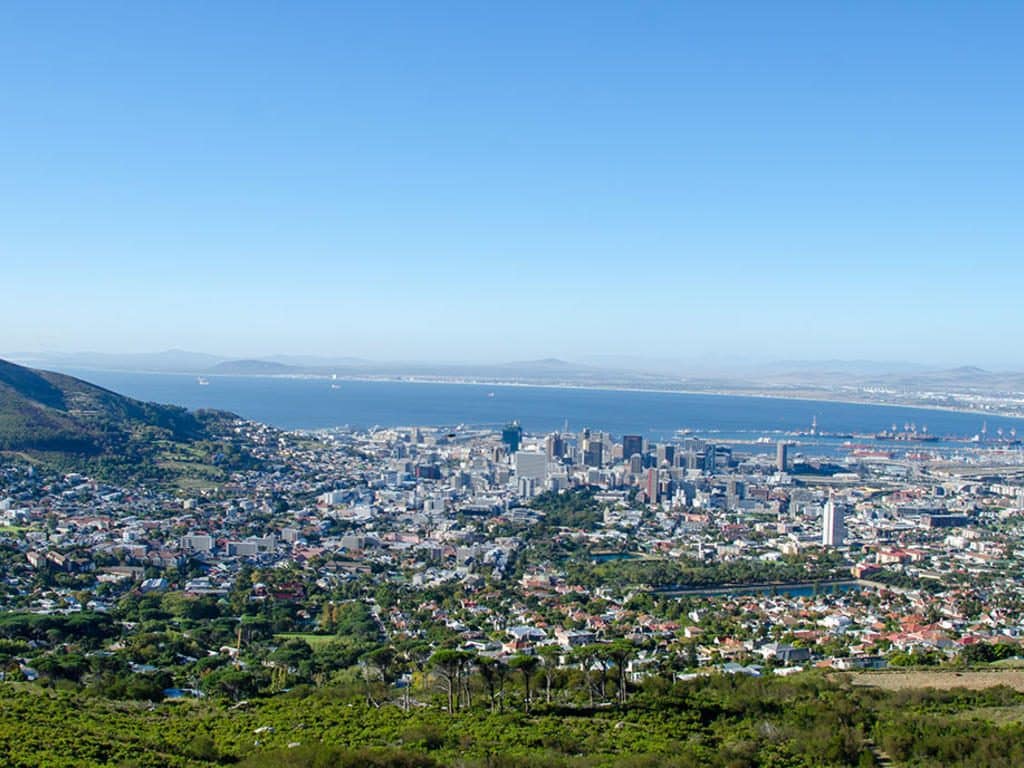 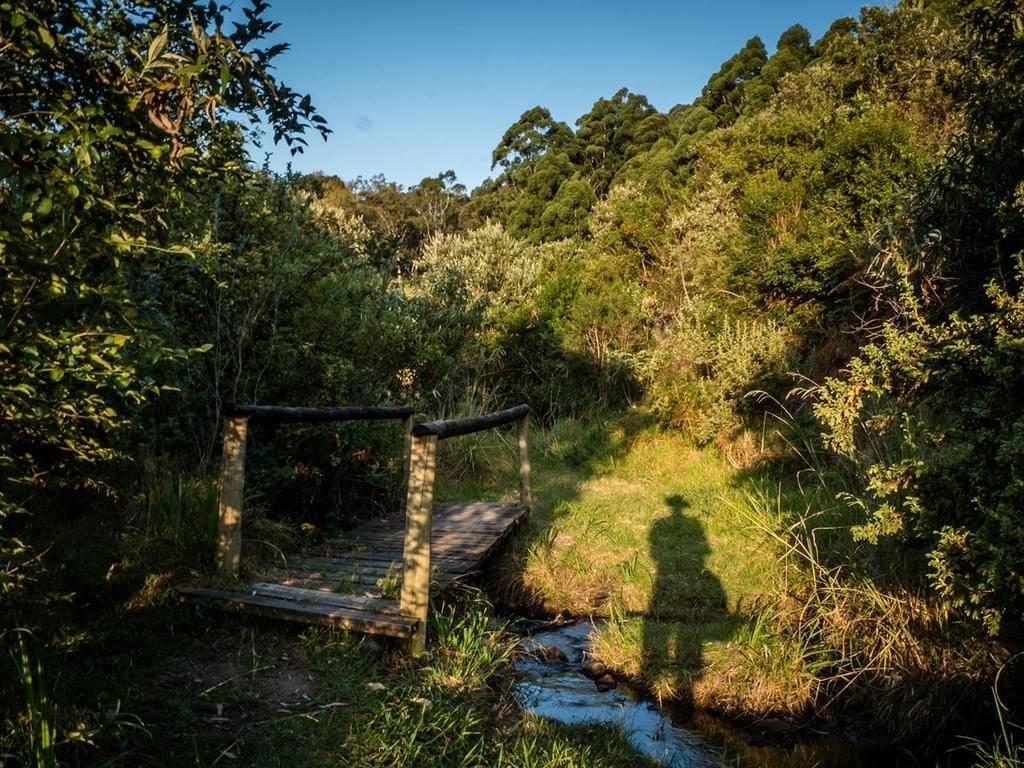 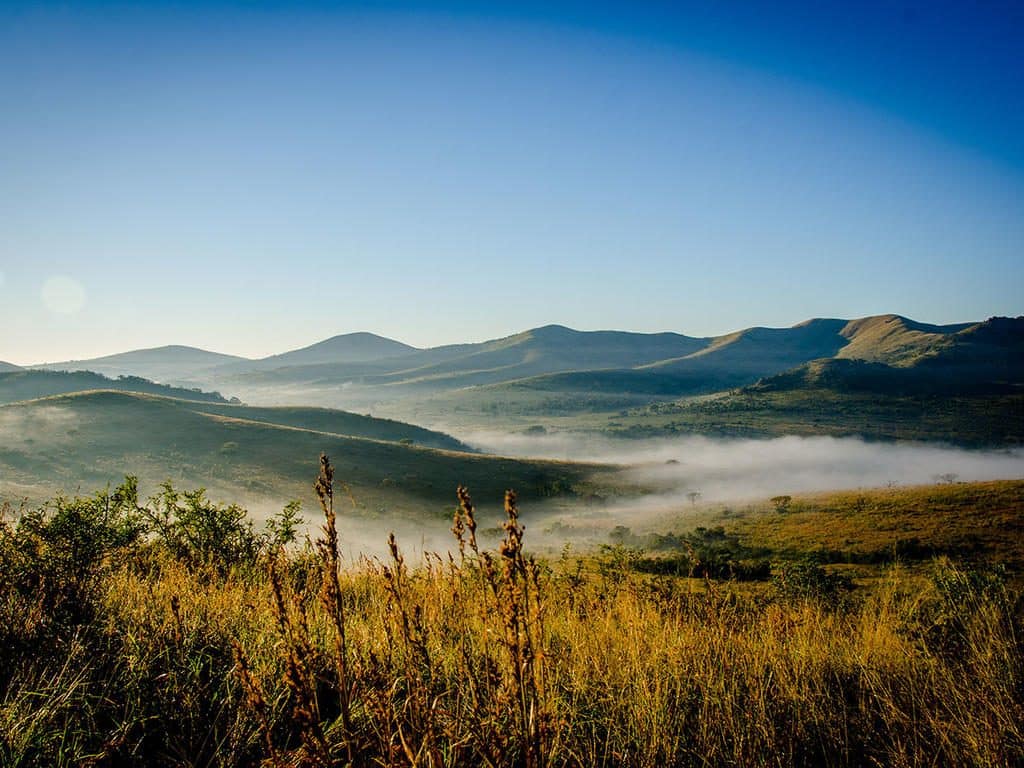 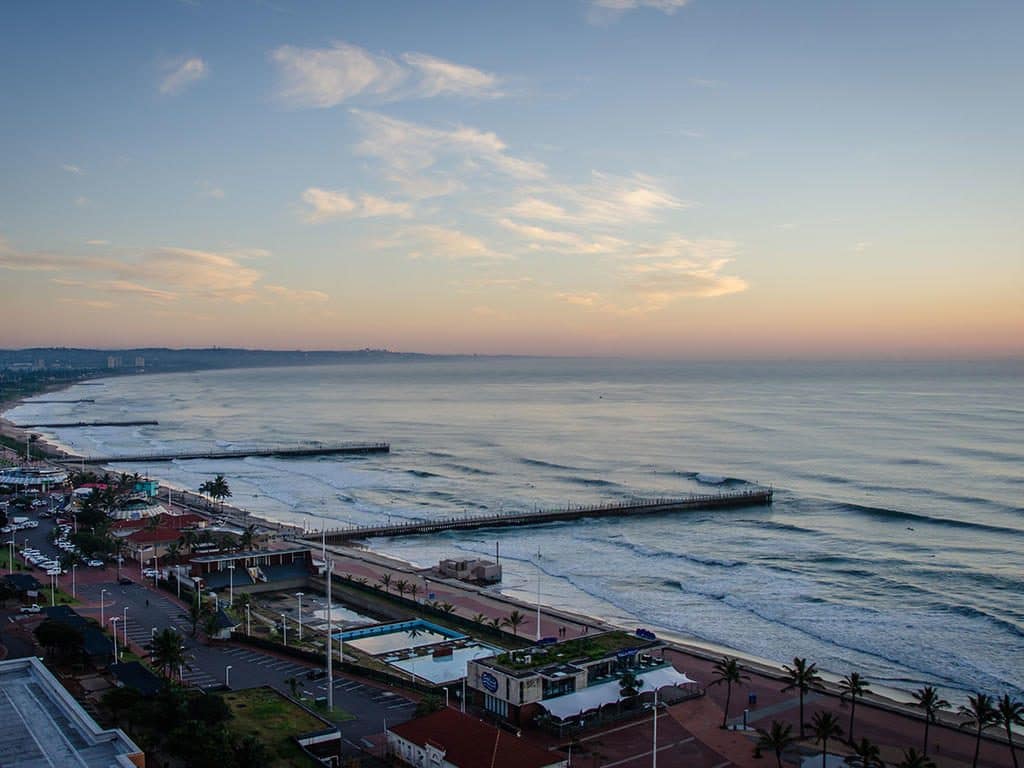 Proud to be an African

There’s SO much more to South Africa than Cape Town and the Winelands – we love those places too, but we are on a mission…

A spectacular 11 day itinerary showcasing some of the absolute highlights of 3 countries in Southern Africa in one expertly-designed and guaranteed unforgettable trip. …

South Africa is a fantastic place to rent a car and head off exploring. On this itinerary you will experience some of the less-visited areas…

From the culture of the Zulu nation to the Portuguese and Arab influences in food and architecture of Mozambique. Beaches, excellent diving to big game…

A walking focused safari exploring a variety of scenic and cultural destinations within South Africa, including a visit to the beautiful Kingdom of eSwatini (the…