Resting in the magnificent Great Rift Valley and presided over by the majestic Mount Kilimanjaro, Kenya is characterised by hauntingly beautiful natural landscapes of forested hills, patchwork farms, wooded savanna and vast forests brimming with an extraordinary abundance of wildlife. The nation’s diverse range of traditional African cultures is influenced by over 70 unique ethnic groups from the Maasai, Samburu, Kikuyu, and Turkana tribes to the Arabs and Indians that settled on the coast. Add to this: an exquisite tropical coastline fringed with breathtaking golden sand beaches; gorgeous coral gardens providing excellent snorkeling and diving opportunities; and a slew of lively beach resorts, and it is easy to see why so many visitors flock here from around the world to experience a truly unique African adventure in one of the world’s most pristine safari destinations.

Electric Power is 220V – 240V running at 50Hz. The Plug type used in Kenya is the 3 large flat prong (UK). If your appliances are compatible with 220V-240V electrical output, an adapter is all that you will need, if not a voltage converter will be necessary.

Electric Power is 220V – 240V running at 50Hz. The Plug type used in Kenya is the 3 large flat prong (UK). If your appliances are compatible…

CurrencyThe currency in Kenya is the Kenyan Shilling (KES; symbol KSh). 1 Kenyan Shilling = 100 cents. Notes are in denominations of KSh1,000, 500, 200, 100 and 50. Coins are in denominations of KSh20, 10 and 5.Foreign currency can be exchanged at the major banks, bureaux de change or authorised hotels. The banks at Jomo Kenyatta International Airport and Moi International Airport have 24-hour exchange services. The easiest currencies to exchange are US Dollars, Pounds Sterling and Euros. There are no restrictions on the import or export of local or foreign currency. However, amounts exceeding US$5,000 or equivalent must be declared.BankingBanking hours: Monday-Friday 09h00-16h00, Saturday 09h00-12h00. Banks in Mombasa and the coastal areas typically open and close half an hour earlier.Credits Cards are widely accepted in all major hotels and more upmarket establishments, with the most recognized being Master Card and Visa. American Express and Diners Club cards are occasionally accepted. However, you will need some cash handy because smaller shops will only accept cash.Almost every bank now has an ATM, and they are increasingly being installed at petrol stations in cities and large towns.Travellers cheques are no longer accepted in Kenya.

Bottled water is advisable for the first few weeks of your stay. When buying bottled water, check the seal of the bottle is intact. Never drink tap water unless it has been boiled, filtered or chemically disinfected (such as with iodine tablets). Never drink from streams, rivers and lakes. It’s also best to avoid drinking from pumps and wells – some do bring pure water to the surface, but the presence of animals can still contaminate supplies. Avoid ice and washed salads and fruit except in upmarket hotels and restaurants. Milk is pasteurised and dairy products are safe for consumption. Food prepared by unlicensed vendors should be avoided at all times.Nairobi has some of the finest eating establishments in Africa. Many different cuisines and types of restaurants are available, from fast food to fancy. Many five-star hotels have excellent restaurants. Restaurants are called “hotels” and there are many in Nairobi. The local cuisine is also worth trying out, particullarly Pilau-a chicken and rice dish, cabbage and rice; and the staple food in Kenya-Ugali, made from maze flour.Many restaurants can be found downtown and in the areas of Westlands and Hurlingham but these areas are filled with tourists and places like Ayani, Olympic, Kibera, and other places have more authentic food. Among the many cuisines available are Indian, Brazilian, Chinese, Thai, Japanese, German and French restaurants. Fast food restaurants, mostly by South African chains (Steers, Nandos), are common in the larger urban areas.

Bottled water is advisable for the first few weeks of your stay. When buying bottled water, check the seal of the bottle is intact. Never…

Kenya lies on the equator and has a pleasant tropical climate, but there are large regional climatic variations influenced by several factors, including altitude. Temperatures drop by about 6°C for every 1000m you climb (or 3.5°F per 1000ft). Kenya’s daytime temperatures average between 20°C/68°F and 28°C/82°F, but it is warmer on the coast. The coast is hot and humid all year round, but the heat is pleasant and tempered by the monsoon winds. Kenya is too close to the equator to experience a real winter and summer. There is, however, both a dry and wet season. The wet season is from November to May and the Dry season is from June to December.

Kenya lies on the equator and has a pleasant tropical climate, but there are large regional climatic variations influenced by several factors, including…

Nairobi has two airports for domestic and regional flights: Jomo Kenyatta International Airport and Wilson Airport (www.kaa.go.ke). Kenya has over 150 domestic airports and airstrips and there are daily flights to the most popular destinations. In addition to the scheduled airlines, several private charter companies operate out of Wilson Airport.Kenya Airways (www.kenya-airways.com), Air Kenya (www.airkenya.com), Fly 540 (www.fly540.com), Mombasa Air Safari (www.mombasaairsafari.com) and Safarilink (www.flysafarilink.com) serve the most popular safari destinations, plus many others such as Lake Victoria.On smaller, domestic planes the baggage allowance is restricted to 10-15 kg (22-33 lbs). Arrangements can be made to leave excess luggage with hotels or airlines.Main roads between the major cities and towns are generally in good condition, and easily navigable in a normal saloon car. Most highways in the south are paved, but that’s not the case in the north.Vehicles are driven on the left side of the road. While major roads are generally in a good condition, most minor gravel roads have deep potholes which deteriorate further in the rainy season. Dirt roads, including those in the parks and reserves, are extremely rough, and some are only passable with a 4-wheel drive.You can hire self-drive and chauffeur-driven cars from travel agents and international hire companies. Drivers must be at least 23 years of age. Budget (www.budget.com) and Europcar (www.europcar.com) have outlets at Jomo Kenyatta International Airport in Nairobi. Budget also has a desk at Moi International Airport in Mombasa, while Europcar has an office in town. Car hire can be expensive and rates vary significantly.A driving licence from a home country (and a translation if this is not in English) or an International Driving Permit is required. Third-party insurance is mandatory when hiring a car and it’s recommended to take out the additional collision damage waiver. A valid credit card is also needed.Matatus (shared minibus taxis) hop from town to town, starting and finishing at bus stations. Fares are paid to the conductor. Private taxis can also be hired for long-distance journeys.It is not possible to rent motorbikes or mopeds but some of the beach resorts hire out bicycles.Numerous private bus companies operate in Kenya. Most vehicles are old and tend to depart when full, which means there are no set timetables. Petty theft on the vehicles and at bus stations can be a problem. Nevertheless, buses are cheap and link all long-distance destinations. Plus, seatbelts are now mandatory, so buses are relatively safe.Nairobi and Mombasa have efficient local bus systems and there are also frequent matatus, but reckless driving and petty theft makes them a dodgy option for tourists. Three-wheeled auto rickshaws are popular in town centres and carry up to three passengers.The newer fleets of taxis (usually painted white with a yellow band) are reliable and have meters. The older yellow taxis do not have meters, so fares should be agreed in advance. In Nairobi, there is a fleet of London-style black cabs. A 10% tip is expected. Cabs cannot be hailed in the street, but can be found parked in taxi ranks.

Nairobi has two airports for domestic and regional flights: Jomo Kenyatta International Airport and Wilson Airport (www.kaa.go.ke). Kenya has over 150…

Comfortable, casual clothing that is lightweight is the best bet while on safari. It can be quite cool in the early mornings, so you’ll want to dress warmly in layers, until the sun has a chance to warm up the air. “Kenya Convertibles”, khaki pants with zip-off legs, are perfect for cool early morning game drives that turn warm before you’re back in camp. Walking shorts, long pants, cotton shirts and tees are just right. A cotton bush jacket or wind-breaker will be useful along with a warm sweater or fleece jacket for the cool nights. And, a hat that ties on is a must. There is not a good deal of long walking or hiking on most safaris, so a comfortable pair of walking shoes or tennis shoes and a pair of sandals should be adequate. You will need thorn-proof soles.In Kenya’s major cities the dress code is conservative but not overly formal – jeans and decent tops for women are fine.  Swimsuits are acceptable on the beach but you’ll need to cover up in public places.

Comfortable, casual clothing that is lightweight is the best bet while on safari. It can be quite cool in the early mornings, so you’ll want to dress warmly…

Famous for its gorgeous palm trees and its powder white sand lapped by glistening azure waters, Diani Beach is a popular resort area resting on Kenya’s…

Sandwiched between Mount Kenya and the northern deserts, Laikipia is where Kenya’s wild and semi-arid northern frontier country begins. The region is made up of privately…

Spanning over thousands of hectares of vast open savannah grasslands in northern Kenya, Lewa Wildlife Conservancy is home to the world’s largest population of Grevy’s zebra….

Situated in southwest Kenya, the Mara North Conservancy is a beautiful private wilderness area spanning more than 30 000 hectares. It is home to a spectacular…

Situated in along the Nairobi River in beautiful Kenya, the capital of Nairobi is East Africa's most cosmopolitan city. It serves as an excellent starting point… 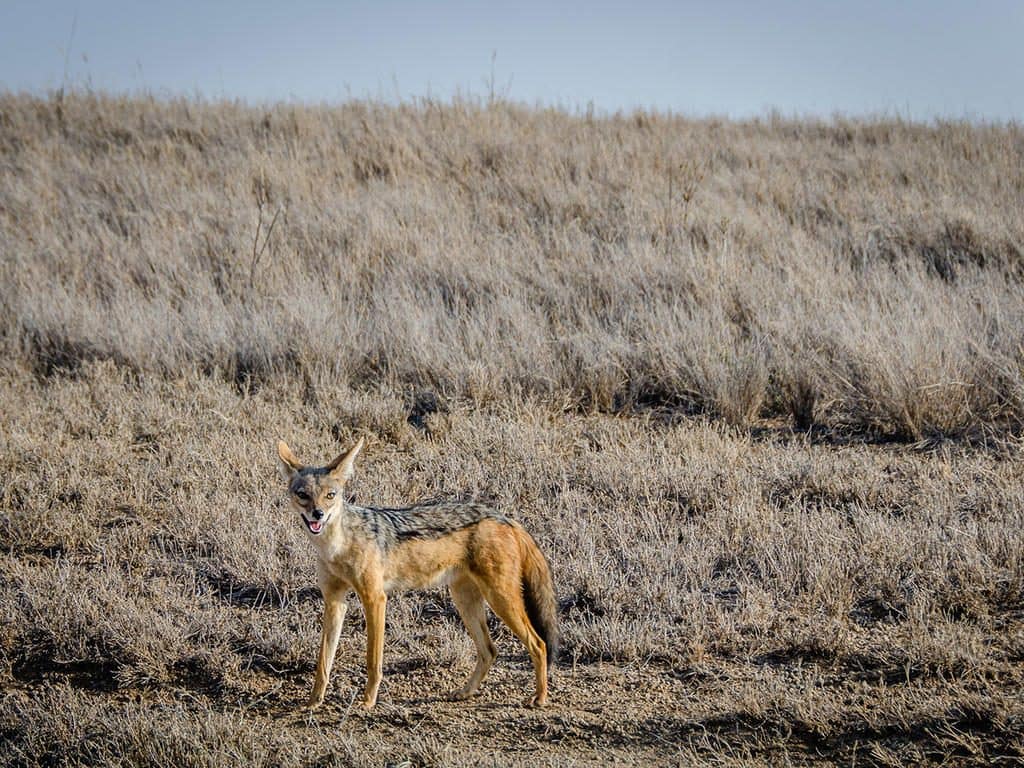 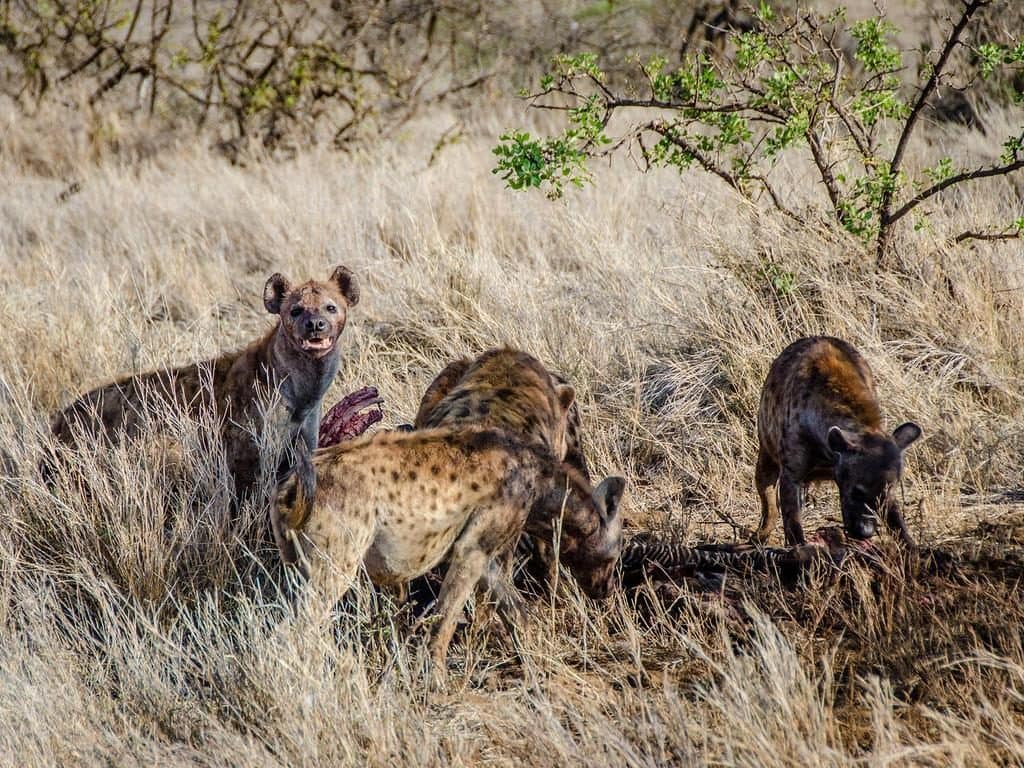 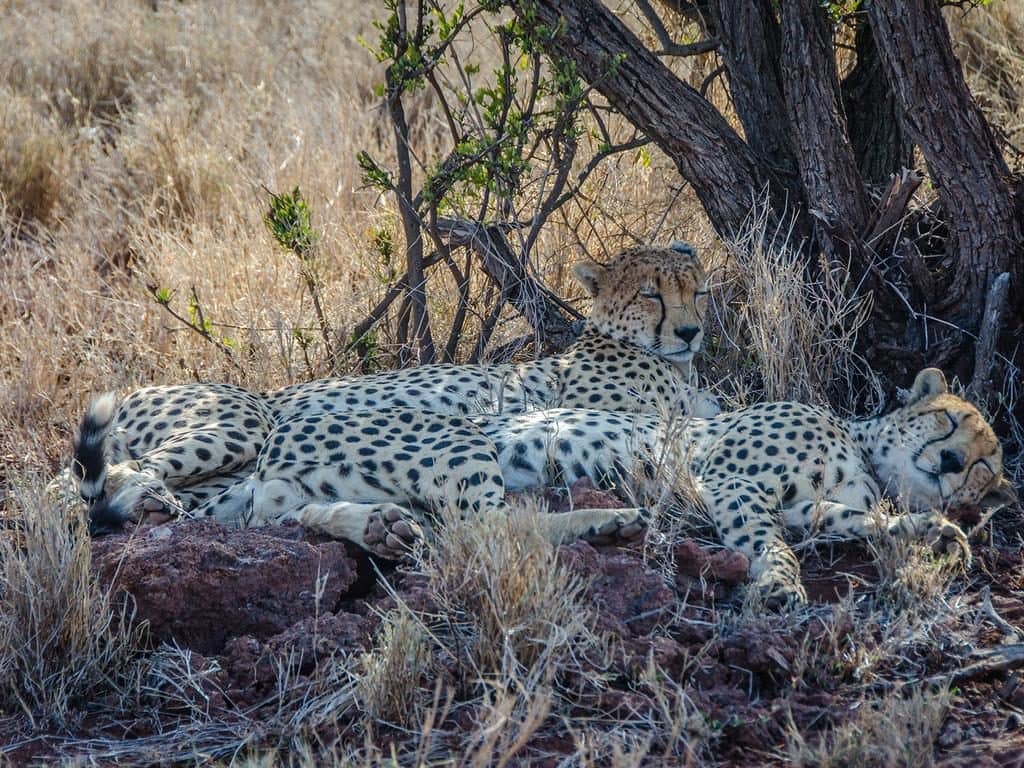 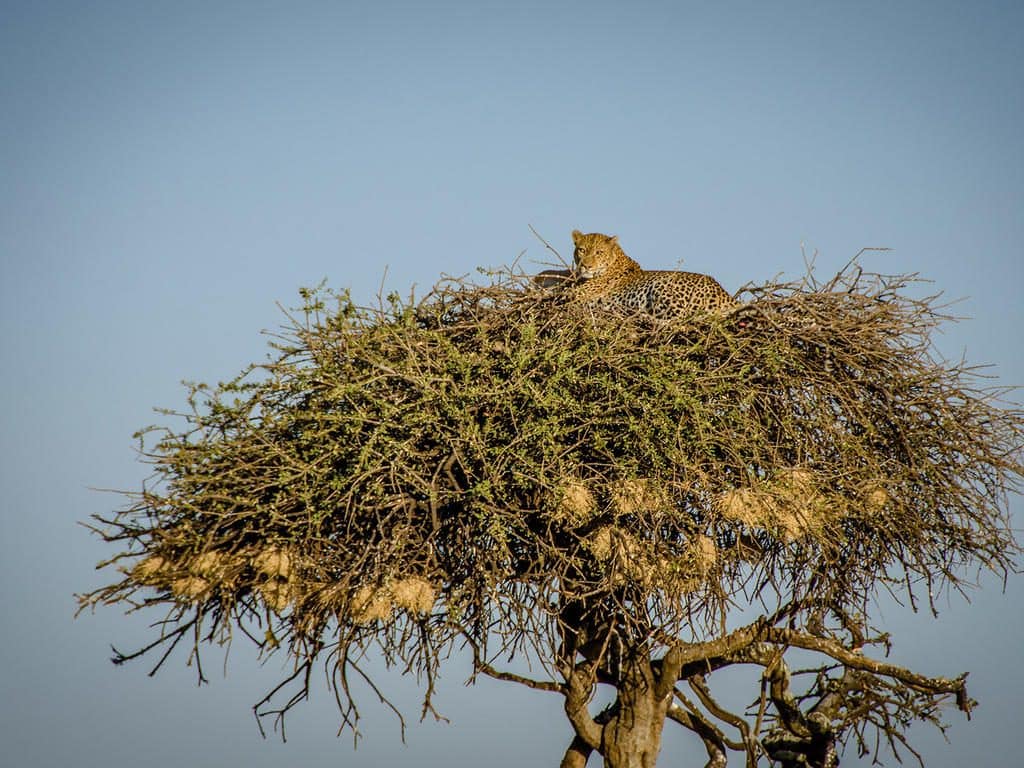 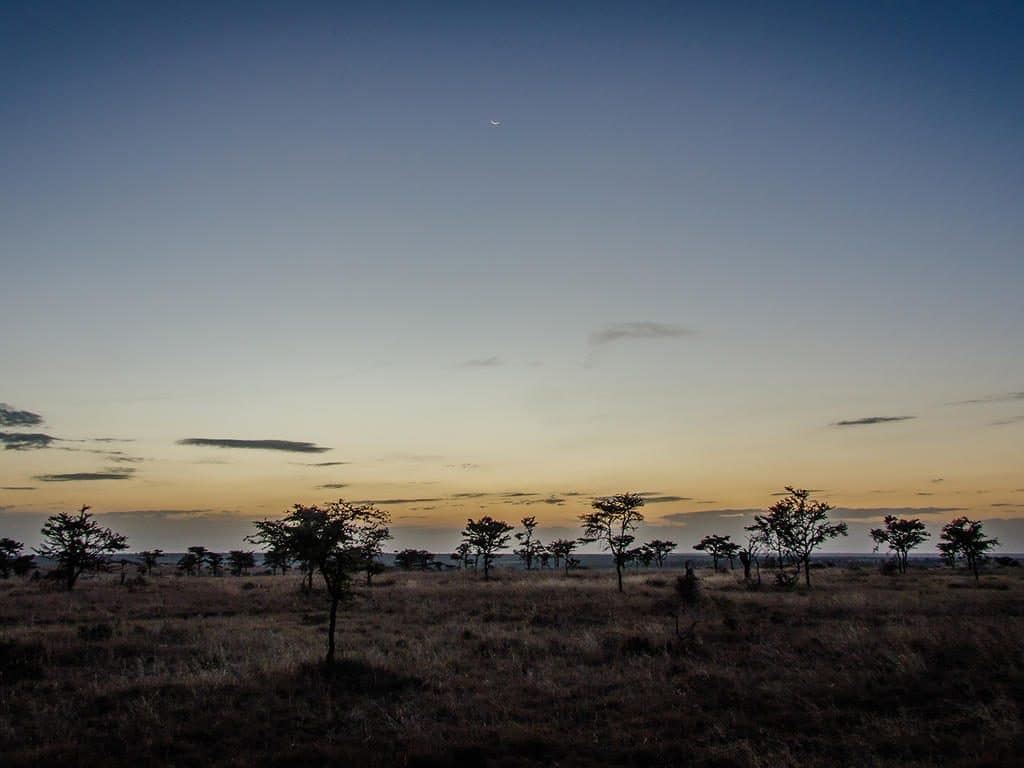 For this itinerary we have chosen some of the best accommodation and experiences in Kenya for this short but amazing introduction to wonderful Kenya….